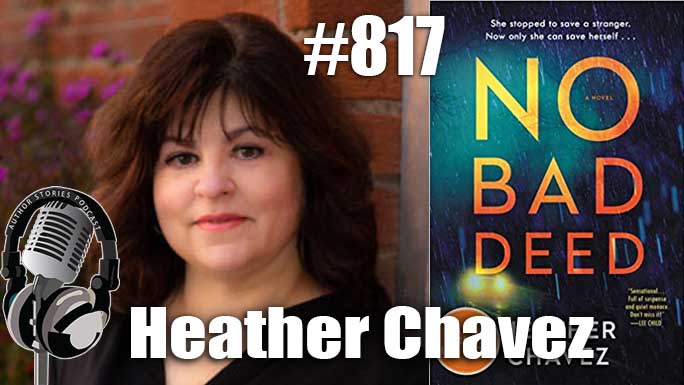 Packed with the electrifying pacing and pulse-pounding suspense of Harlan Coben and Lisa Gardner, a thrilling debut about a mother desperate to find the connections between her missing husband and a deadly stalker who knows too much about her own dark family history.

Driving home one rainy night, Cassie Larkin sees a man and woman fighting on the side of the road. After calling 911, the veterinarian makes a split-second decision that will throw her sedate suburban life into chaos. Against all reason and advice, she gets out of her minivan and chases after the violent man, trying to help his victim. When Cassie physically tries to stop him, he suddenly turns on her and spits out an ominous threat: “Let her die, and I’ll let you live.”

A veterinarian trained to heal, Cassie can’t let the woman die. But while she’s examining the unconscious victim, the attacker steals her car. Now he has her name. Her address. And he knows about her children. Though they warn her to be careful, the police assure her that the perpetrator—a criminal named Carver Sweet—won’t get near her. Cassie isn’t so sure.

The next day—Halloween—her husband disappears while trick-or-treating with their six-year-old daughter. Are these disturbing events a coincidence or the beginning of a horrifying nightmare? Her husband has been growing distant—is it possible he’s become involved with another woman? Is Cassie’s confrontation with the road-side attacker connected to her husband’s disappearance? With all these questions swirling in her mind Cassie can trust no one, maybe not even herself. The only thing she knows for sure is that she can’t sit back while the people she loves are in danger.

As she desperately searches for answers, Cassie discovers that nothing is as random as it seems, and that she is more than willing to fight—to go the most terrifying extremes—to save her family and her marriage.

Heather Chavez is a graduate of the University of California at Berkeley’s English literature program and has worked as a newspaper reporter, editor and contributor to mystery and television blogs. Currently, she’s employed in public affairs for a major health care organization where she writes human interest stories. She lives with her family in Santa Rosa, California, and is at work on her second novel.