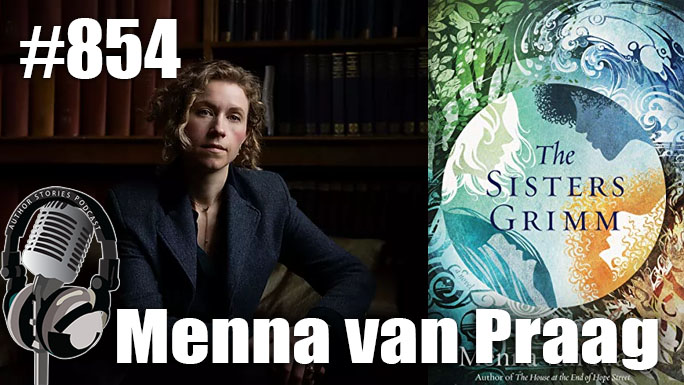 The critically acclaimed author of The House at the End of Hope Street combines love, mystery, and magic with her first foray into bewitching fantasy with a dark edge evocative of V.E. Schwab and Neil Gaiman.

Once upon a time, a demon who desired earthly domination fathered an army of dark daughters to help him corrupt humanity . . .

As children, Goldie, Liyana, Scarlet, and Bea dreamed of a strange otherworld: a nightscape of mists and fog, perpetually falling leaves and hungry ivy, lit by an unwavering moon. Here, in this shadowland of Everwhere, the four girls, half-sisters connected by blood and magic, began to nurture their elemental powers together. But at thirteen, the sisters were ripped from Everwhere and separated. Now, five years later, they search for one another and yearn to rediscover their unique and supernatural strengths. Goldie (earth) manipulates plants and gives life. Liyana (water) controls rivers and rain. Scarlet (fire) has electricity at her fingertips. Bea (air) can fly.

To realize their full potential, the blood sisters must return to the land of their childhood dreams. But Everwhere can only be accessed through certain gates at 3:33 A.M. on the night of a new moon. As Goldie, Liyana, Scarlet, and Bea are beset with the challenges of their earthly lives, they must prepare for a battle that lies ahead. On their eighteenth birthday, they will be subjected to a gladiatorial fight with their father’s soldiers. If they survive, they will face their father who will let them live only if they turn dark. Which would be fair, if only the sisters knew what was coming.

So, they have thirty-three days to discover who they truly are and what they can truly do, before they must fight to save themselves and those they love.

Menna van Praag was born in Cambridge, England and studied Modern History at Oxford University. She’s the author of five magical realism novels, all set in Cambridge. The first instalment of her fantasy trilogy, The Sisters Grimm, will be published in 2020 by Transworld (UK) & HarperVoyager (US).
​
She reads too many books & eats too much cake.