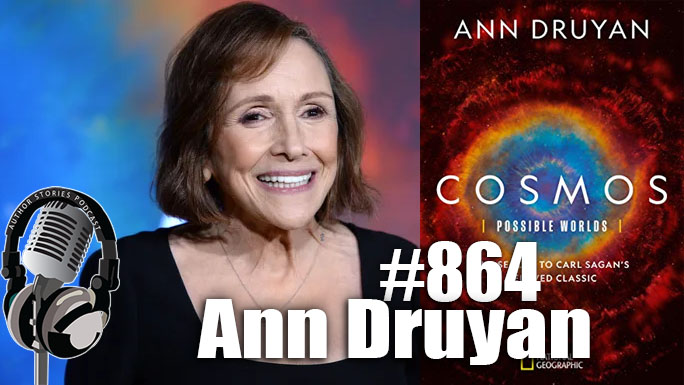 This sequel to Carl Sagan’s blockbuster continues the electrifying journey through space and time, connecting with worlds billions of miles away and envisioning a future of science tempered with wisdom.

Based on National Geographic’s internationally-renowned television series, this groundbreaking and visually stunning book explores how science and civilization grew up together. From the emergence of life at deep-sea vents to solar-powered starships sailing through the galaxy, from the Big Bang to the intricacies of intelligence in many life forms, acclaimed author Ann Druyan documents where humanity has been and where it is going, using her unique gift of bringing complex scientific concepts to life. With evocative photographs and vivid illustrations, she recounts momentous discoveries, from the Voyager missions in which she and her husband, Carl Sagan, participated to Cassini-Huygens’s recent insights into Saturn’s moons. This breathtaking sequel to Sagan’s masterpiece explains how we humans can glean a new understanding of consciousness here on Earth and out in the cosmos–again reminding us that our planet is a pale blue dot in an immense universe of possibility.

Award winning writer/producer/director Ann Druyan was the Creative Director of NASA’s Voyager Interstellar Message. With her late husband, Carl Sagan, Druyan was co-writer of six New York Times best-sellers, including “Comet,” “Shadows of Forgotten Ancestors,” “The Demon Haunted World,” “Billions & Billions” and “The Varieties of Scientific Experience.” She was co-writer of the 1980 television series “Cosmos: A Personal Voyage.” Druyan was co-creator and co-producer of the feature film “Contact,” starring Jodie Foster and directed by Bob Zemeckis. She was the lead executive producer (for which she won the Producer’s Guild and Peabody Awards), co-writer (for which she won the 2014 Emmy) as well as one of three directors of Cosmos: A SpaceTime Odyssey, which was the largest global roll out of a series in television history and has now been seen in 181 countries.