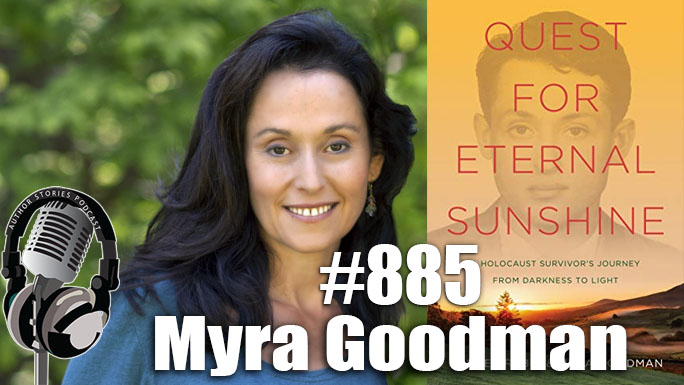 Quest for Eternal Sunshine chronicles the triumphant, true story of Mendek Rubin, a brilliant inventor who overcame both the trauma of the Holocaust and decades of unrelenting depression to live a life of deep peace and boundless joy.

Born into a Hassidic Jewish family in Poland in 1924, Mendek grew up surrounded by extreme anti-Semitism. Armed with an ingenious mind, he survived three horrific years in Nazi slave-labor concentration camps while virtually his entire family was murdered in Auschwitz. After arriving in America in 1946—despite having no money or professional skills—his inventions helped revolutionize both the jewelry and packaged-salad industries. Remarkably, Mendek also applied his ingenuity to his own psyche, developing innovative ways to heal his heart and end his emotional suffering.

After Mendek died in 2012, his daughter, Myra Goodman, found an unfinished manuscript in which he’d revealed the intimate details of his healing journey. Quest for Eternal Sunshine—the extraordinary result of a posthumous father-daughter collaboration—tells Mendek’s whole story and is filled with eye-opening revelations, effective self-healing techniques, and profound wisdom that have the power to transform the way we live our lives.

MYRA GOODMAN is a well-known pioneer in the world of organic food and farming and the author of three cookbooks. In 1984, she and her husband, Drew, founded Earthbound Farm, which became the largest grower of organic produce in the world. The Goodmans have been credited with helping to bring organic food to the mainstream, and they were the first company to successfully market packaged salads for retail sales. Myra’s father, Mendek Rubin, was a brilliant inventor who devised the initial equipment used to wash and package their greens.

Myra is the daughter of two Holocaust survivors. Her father Mendek was able to overcome his tremendous trauma to become the happiest and most peaceful person she has ever known. After his death in 2012, she discovered an unfinished manuscript about his healing journey. Picking up where he left off, Myra spent many years researching and writing the missing parts of his story. The result of this remarkable posthumous father-daughter collaboration is the inspiring spiritual memoir, Quest for Eternal Sunshine–A Holocaust Survivor’s Journey from Darkness to Light.

Myra has appeared on national television shows, including Oprah, Regis & Kelly, and Good Morning America Health, and has been featured in hundreds of publications, including People magazine, the Costco Connection, More, Forbes, The New York Times, and AARP. Myra and Drew have two grown children and continue to live on their original farm in Carmel Valley with their three yellow labs, Oscar, Henry, and Leo.

Myra has created a rich website, filled with inspiration and resources for healing: www.QuestForEternalSunshine.com.