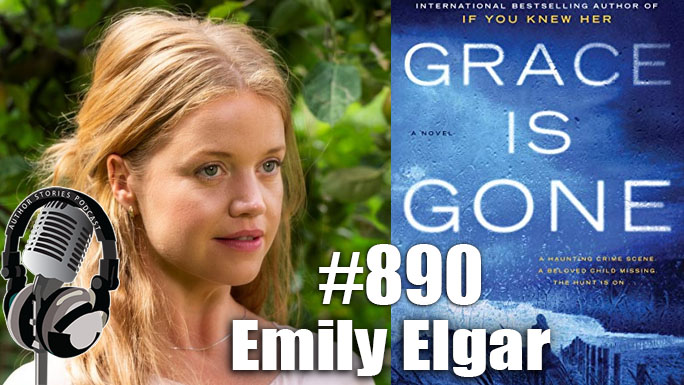 From the bestselling author of If You Knew Her comes this harrowing tale of suspense—a story ripped from today’s headlines—of a tight-knit English community, who’s rocked by the murder of a mother and the mysterious disappearance of her daughter, and the secrets that lie concealed beneath a carefully constructed facade.

A shocking, senseless crime—and the dark secret at the heart of it all.

Everyone in Ashford, Cornwall, knows Meg Nichols and her daughter, Grace. Meg has been selflessly caring for Grace for years, and Grace—smiling and optimistic in spite of her many illnesses—adores her mother. So when Meg is found brutally bludgeoned in her bed and her daughter missing, the community is rocked. Meg had lived in terror of her abusive, unstable ex, convinced that he would return to try and kidnap Grace…as he had once before. Now it appears her fear was justified.

Jon Katrin, a local journalist, knows he should avoid getting drawn back into this story. The article he wrote about Meg and Grace caused rifts within his marriage and the town. Perhaps if he can help find Grace, he can atone for previous lapses in judgment. The Nichols’ neighbor, Cara—contending with her own guilt over not being a better friend to Grace—becomes an unexpected ally. But in searching for Grace, Jon and Cara uncover anomalies that lead to more and more questions.

Through multiple viewpoints and diary entries, the truth about Grace emerges, revealing a tragedy more twisted than anyone could have ever imagined…

I live in Lewes, East Sussex with my endlessly patient husband and endlessly energetic young son.

I started taking writing seriously when I was accepted onto the Faber Academy novel writing course in 2012. At the time, I was a support worker for male, female and transgender sex workers in London. I took the course because I love writing, not because I was necessarily seeking a change in career. It felt too audacious to transform myself into a novelist! After some knocks, I wrote – in a frenzy at 4am one morning – what is now the preface to my first novel If You Knew Her. From the off, it felt different to everything I’d written before. The words galloped out of me.

I met my agent, the brilliant Nelle Andrew, soon after the course finished. Nelle sent an early draft of If You Knew Her to publishers and in October 2014 I signed a contract with the fantastic Lucy Malagoni at Little, Brown.

What followed was an intense, but enjoyable, two years of completely reworking the book. The result is If You Knew Her which was published in the UK and the US in 2017 and translated into eight other languages.

I wrote my second novel Grace is Gone when I was pregnant with our son – so there was a very real ticking clock keeping me motivated. I am especially proud of the moral questions raised in Grace is Gone – whether crime can ever be justified, the power of community to influence and confuse, whether penal justice is always relevant – I’ve loved exploring these big questions in the context of what is – hopefully – a page turner.

I hope you enjoy reading my books as much as I’ve enjoyed writing them!