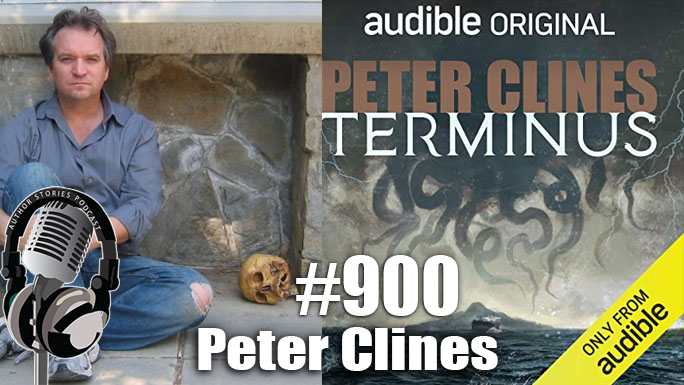 Murdoch’s past has finally come crashing down on him. His former girlfriend. His Family. He’s been happily avoiding them for ages, trying to live something close to a normal life. But now he’s been drawn back into another one of their ludicrous attempts to bring about the end of all things.

Chase has spent the past year just trying to get away. Trying to escape the memories that won’t stop following him, the moment when his life collapsed. He’s traveled around the world trying to stay ahead of it all, but those final moments may be catching up with him at last.

Anne is tired of living in the past. She’s finally looking to the future and embracing her destiny. She’s going to lead the Family forward on their greatest, final crusade to destroy the hated Machine of their long-time adversary.

Their paths will intersect in the middle of nowhere, on an uncharted island where the walls of reality are thin…and an apocalyptic threat is tearing its way through.

Peter Clines is the New York Times bestselling author of PARADOX BOUND, and also DEAD MOON, the upcoming TERMINUS, the EX-HEROES series, the acclaimed -14-, THE EERIE ADVENTURES OF THE LYCANTHROPE ROBINSON CRUSOE, numerous short stories–several of them collected in DEAD MEN CAN’T COMPLAIN AND OTHER STORIES–and an as-yet-undiscovered Dead Sea Scroll. He made his first writing sale at age seventeen to a local newspaper, and at the age of nineteen he completed his quadruple-PhD studies in English literature, archaeology, quantum physics, and interpretive dance. In 2008, while surfing Hawaii’s Keauwaula Beach, he thought up a viable way to maintain cold fusion that would also solve world hunger, but forgot all about it when he ran into actress Yvonne Strahvorski back on the beach and she offered to buy him a drink. He was the inspiration for both the epic poem “Beowulf” and the motion picture RAIDERS OF THE LOST ARK, and is single-handedly responsible for repelling the Martian Invasion of 1938 that occurred in Grovers Mills, New Jersey. Eleven sonnets he wrote to impress a girl in high school were all later found and attributed to Shakespeare There is compelling evidence that he is, in fact, the Lindbergh baby.