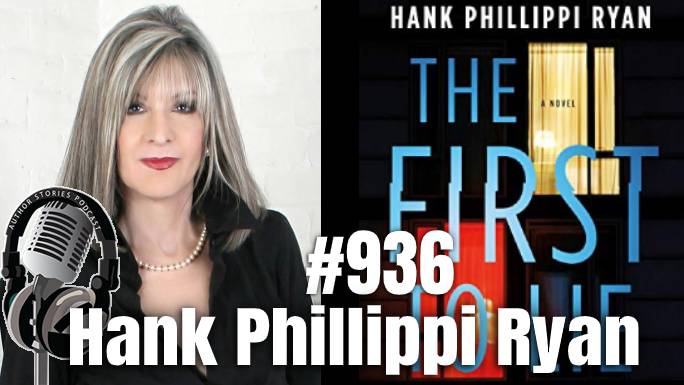 On today’s show Hank Phillippi Ryan drops back by the show to talk about her new book The First to Lie.

We all have our reasons for being who we are―but what if being someone else could get you what you want?
After a devastating betrayal, a young woman sets off on an obsessive path to justice, no matter what dark family secrets are revealed. What she doesn’t know―she isn’t the only one plotting revenge.
An affluent daughter of privilege. A glamorous manipulative wannabe. A determined reporter, in too deep. A grieving widow who has to choose her new reality. Who will be the first to lie? And when the stakes are life and death, do a few lies really matter?
Bestselling and award-winning author and investigative reporter Hank Phillippi Ryan delivers another twisty, thrilling cat and mouse novel of suspense that will have you guessing, and second-guessing, and then gasping with surprise.

Hank Phillippi Ryan is the USA Today bestselling author of eleven award winning novels of suspense. National reviews have called her a “master at crafting suspenseful mysteries” and “a superb and gifted storyteller.” Her 2020 book is THE FIRST TO LIE. The Publishers Weekly Starred Review calls it “Stellar.”

Her newest domestic suspense thriller THE MURDER LIST is a USA Today Bestseller, an Anthony, Agatha Award and Mary Higgins Clark award nominee, a CNN Top Summer Read, and a Most Anticipated Book of Summer 2019 from Criminal Element. AJ Finn calls it “a fireworks display of a novel–explosive, exciting and likely to leave you gasping.” BA Paris says: “A cracker of a read!”

Her thriller SAY NO MORE is a Library Journal BEST OF 2016. And a nominee for the AGATHA AWARD, the DAPHNE award, and the MARY HIGGINS CLARK AWARD! Associated Press calls it “stellar” and Publishers Weekly calls it “thrilling” “unflinching” and “gratifying.”

Her 2015 book, WHAT YOU SEE, is a Library Journal BEST of 2015, an ANTHONY and AGATHA Award nominee, and a Top Pick!, dubbed “exceptional suspense.” It received a starred review from Library Journal which says: “Readers will find themselves racing to the finish!”

Her 2014 book, TRUTH BE TOLD, won the AGATHA Award for best mystery, and is a Library Journal Best of 2014. It received starred reviews from Booklist and Library Journal, which says, “Drop everything and binge read!”

THE WRONG GIRL won the Agatha Award and the Daphne Award, and is a seven-week Boston Globe bestseller and Anthony Award nominee.

Her first four mysteries, beginning with the Agatha Award-winning PRIME TIME, feature Charlotte McNally, a Boston television reporter. FACE TIME was a BookSense Notable Book, and AIR TIME and DRIVE TIME were both Anthony and Agatha Award nominees for best novel of 2009 and 2010. They are now available in all new editions.

Hank is also an award-winning investigative reporter at Boston’s WHDH-TV. In addition to 36 EMMYs and 14 Edward R. Murrow awards, Hank’s won dozens of other honors for her ground-breaking journalism.

Her work has resulted in new laws, people sent to prison, homes removed from foreclosure, and millions of dollars in refunds and restitution for victims and consumers. She’s been a radio reporter, a legislative aide in the United States Senate and an editorial assistant at Rolling Stone Magazine, working with Hunter S. Thompson, Richard Avedon and Richard Goodwin.

Hank is a founding teacher at Mystery Writers of America University and served as 2013 president of national Sisters in Crime. She blogs at Jungle Red Writers and Career Authors.

Learn more about Hank at www.HankPhillippiRyan.com.