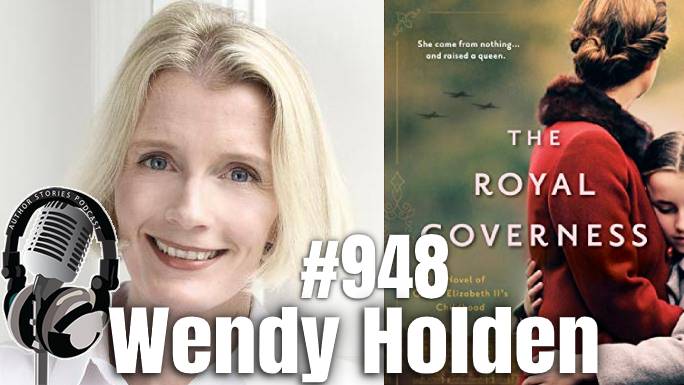 In “a beautifully woven and exquisitely detailed story of strong upstairs/downstairs women” (Heather Morris, New York Times bestselling author of The Tattooist of Auschwitz) Sunday Times bestselling author Wendy Holden brings to life the unknown childhood years of one of the world’s most famous figures, Queen Elizabeth II, and reveals the spirited young governess who made her the icon we love today.

In 1933, twenty-two-year-old Marion Crawford accepts the role of a lifetime, tutoring the little Princesses Elizabeth and Margaret Rose.  Her one stipulation to their parents the Duke and Duchess of York is that she bring some doses of normalcy into their sheltered and privileged lives.

At Buckingham Palace, Windsor Castle and Balmoral, Marion defies stuffy protocol to take the princesses on tube trains, swimming at public baths, and on joyful Christmas shopping trips at Woolworth’s. From her ringside seat at the heart of the British monarchy she witnesses twentieth-century history’s most seismic events. The trauma of the Abdication, the glamour of the Coronation, the onset of World War II. She steers the little girls through it all, as close as a mother.

During Britain’s darkest hour, as Hitler’s planes fly over Windsor, she shelters her charges in the castle dungeons (not far from where the Crown Jewels are hidden in a biscuit tin). Afterwards, she is present when Elizabeth first sets eyes on Philip.

But being beloved confidante to the Windsors comes at huge personal cost. Marriage, children, her own views: all are compromised by proximity to royal glory. In this majestic story of love, sacrifice and allegiance, bestselling novelist Holden shines a captivating light into the years before Queen Elizabeth II took the throne.

Wendy Holden was a journalist on The Sunday Times, Tatler and The Mail on Sunday before becoming a full-time author. She has written nine novels, all Sunday Times Top Ten bestsellers. She is married and has two children.