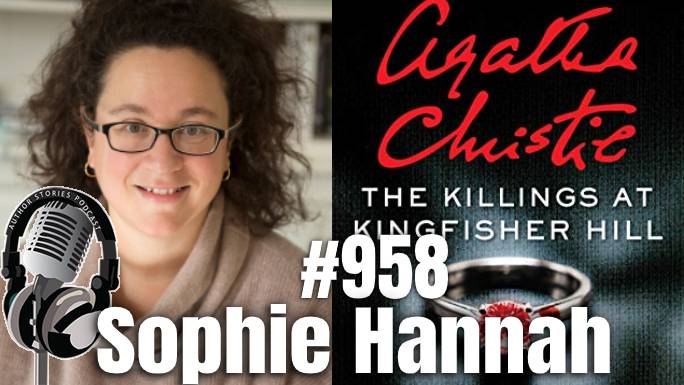 The world’s greatest detective, Hercule Poirot—legendary star of Agatha Christie’s Murder on the Orient Express and Death on the Nile—returns to solve a delectably twisty mystery

Hercule Poirot is traveling by luxury passenger coach from London to the exclusive Kingfisher Hill estate. Richard Devonport has summoned the renowned detective to prove that his fiancée, Helen, is innocent of the murder of his brother, Frank. Poirot will have only days to investigate before Helen is hanged, but there is one strange condition attached: he must conceal his true reason for being there from the rest of the Devonport family.

The coach is forced to stop when a distressed woman demands to get off, insisting that if she stays in her seat, she will be murdered. Although the rest of the journey passes without anyone being harmed, Poirot’s curiosity is aroused, and his fears are later confirmed when a body is discovered with a macabre note attached . . .

Could this new murder and the peculiar incident on the coach be clues to solving the mystery of who killed Frank Devonport? And if Helen is innocent, can Poirot find the true culprit in time to save her from the gallows?

Sophie Hannah is an internationally bestselling writer of crime fiction who has sold millions of books worldwide and more than two million books in the UK alone. She is published in forty-nine languages and fifty-one territories, and her novels were adapted for TV as Case Sensitive (Hat Trick Productions for ITV1).

In 2014, with the blessing of Agatha Christie’s family and estate, Sophie published a new Poirot novel, The Monogram Murders, which was a top five bestseller in more than fifteen countries. She has since published two more Poirot novels, Closed Casket and The Mystery of Three Quarters, both of which were instant Sunday Times Top Ten bestsellers.

In 2013, Sophie’s novel The Carrier won the Crime Thriller of the Year Award at the Specsavers National Book Awards. She has also published two short story collections, one supernatural/horror novel, several children’s books, and five collections of poetry – the fifth of which, Pessimism for Beginners, was shortlisted for the TS Eliot Award. Her poetry is studied at GCSE, A Level and degree level in the UK. Most recently, Sophie has published a self-help book called How to Hold a Grudge: From Resentment to Contentment – The Power of Grudges to Transform Your Life, and launched a podcast, also called How to Hold a Grudge.

With composer Annette Armitage, Sophie has co-written two musicals: The Mystery of Mr. E — a murder mystery musical and Work Experience — a musical locked room mystery. In 2018, The Mystery of Mr. E was staged at literary festivals across the UK (under the title The Generalist), with more stagings on the way. Work Experience had its first staging in Cambridge, in March 2019.

Sophie is the Course Director of the University of Cambridge’s new Master’s Degree in Crime and Thriller Writing and an Honorary Fellow of Lucy Cavendish College in Cambridge. She lives in Cambridge and the Cotswolds with her husband, children and — last but definitely not least — her Welsh Terrier, Brewster!