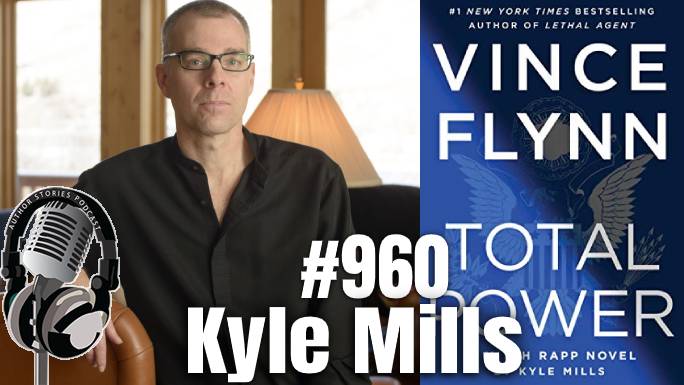 “Mills’s suspenseful, strikingly original sixth Mitch Rapp novel…is as riveting as anything penned by Mitch’s creator, Vince Flynn (1966–2013). Mills has really hit his stride with this franchise entry.” —Publishers Weekly (starred review)
“One of the best thriller writers on the planet.” —The Real Book Spy

In the next thriller in the #1 New York Times bestselling Mitch Rapp series, it’s a race against the clock when ISIS takes out the entire US power grid and throws the country into chaos.

When Mitch Rapp captures ISIS’s top technology expert, he reveals that he was on his way to meet a man who claims to have the ability to bring down America’s power grid. Rapp is determined to eliminate this shadowy figure, but the CIA’s trap fails.

The Agency is still trying to determine what went wrong when ISIS operatives help this cyber terrorist do what he said he could—plunge the country into darkness. With no concept of how this unprecedented act was accomplished, the task of getting the power back on could take months. Perhaps even years.

Rapp and his team embark on a desperate search for the only people who know how to repair the damage—the ones responsible. But his operating environment is like nothing he’s experienced before. Computers and communication networks are down, fuel can no longer be pumped from gas stations, water and sanitation systems are on the brink of collapse, and the supply of food is running out.

Can Rapp get the lights back on before America descends irretrievably into chaos?

This compulsive thriller proves once again that the Mitch Rapp series is “the best of the best when it comes to the world of special ops” (Booklist, starred review).

Growing up in Oregon, Washington, DC, and London as a the son of an FBI agent, Kyle absorbed an enormous amount about the intelligence community, giving his novels their unique authenticity. He and his wife live in Wyoming where they spend their off hours mountain biking and backcountry skiing.