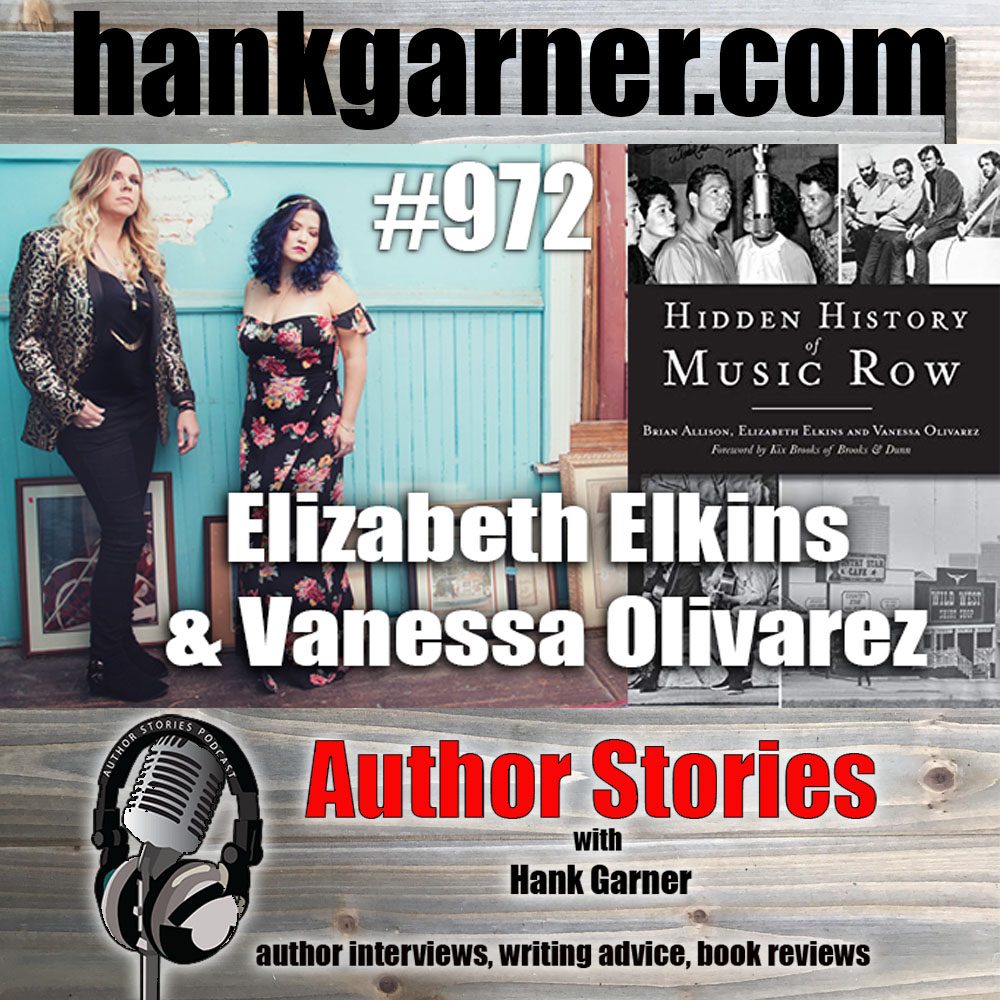 On today’s show I welcome Elizabeth Elkins and Vanessa Olivarez of the group Granville Automatic to talk about their new book with co-author Brian Allison Hidden History of Music Row.

Nashville’s Music Row is as complicated as the myths that surround it. And there are plenty, from an adulterous French fur trader to an adventurous antebellum widow, from the early Quonset hut recordings to record labels in glass highrise towers and from “Your Cheatin’ Heart” to “Strawberry Wine.” Hidden History of Music Row, a new book from Arcadia Publishing & The History Press, sets out to tell the full, unadulterated story of the heart of Music City. Written by Elizabeth Elkins and Vanessa Olivarez, better known as the alt-country singer-songwriter duo Granville Automatic, as well as professional historian, museum consultant, and writer Brian Allison, Hidden History of Music Row digs into the dreamers and the doers, the architects, and the madmen, the ghosts, and the hit-makers that made these avenues and alleys world-famous. Between its covers, readers will find never-before-seen photos of Willie Nelson, Patsy Cline, Kris Kristofferson, and Shel Silverstein and interviews with multi-platinum songwriters and star performers, all painting a picture of Music Row’s beautifully gritty boom.

Elizabeth Elkins is a professional songwriter and writer. A military brat, she holds degrees from the University of Georgia and Emory University. She has written for the Atlanta Journal-Constitution, Creative Loafing, Art & Antiques and many others. She is president of Historic Nashville Inc. and the author of the upcoming Your Cheatin’ Heart: Timothy Demonbreun and the Politics of Love and Power in Nascent Nashville (Vanderbilt University Press).
Vanessa Olivarez is a professional songwriter and vocalist. A Texas native, she was a Top 12 finalist on the second season of American Idol and received a Dora Award nomination for her work in the Toronto, Canada production of Hairspray. She had a Top 10 pop hit in Canada, and was a correspondent for E! Entertainment news.
Together, Elkins and Olivarez are Granville Automatic, an alt-country band that has been featured in the New York Times, USA Today, and The Bitter Southerner. Their songs have been used in numerous television programs and films, and they have written songs recorded by more than seventy-five other artists, including Billy Currington, Wanda Jackson, and Sugarland. They were the songwriters in residence at the Seaside Institute’s Escape to Create program (Florida), where they wrote a Civil War concept album, An Army without Music. Their 2018 album Radio Hymns focuses on the lost history of Nashville, and the 2020 follow-up, Tiny Televisions, was inspired by Music Row stories in this book. The pair live in Nashville, Tennessee, and regularly tour across the United States.
While not a musician himself, Brian Allison was born and raised on stories of country music. His father, Joe, was a producer, songwriter, radio personality, and pioneer, and without his stories, this book would not have been possible. A professional historian, museum consultant, and writer, Brian is the author of two other books for The History Press, Murder & Mayhem in Nashville, and Notorious Nashville. He lives in Nashville.
http://www.granvilleautomatic.com/