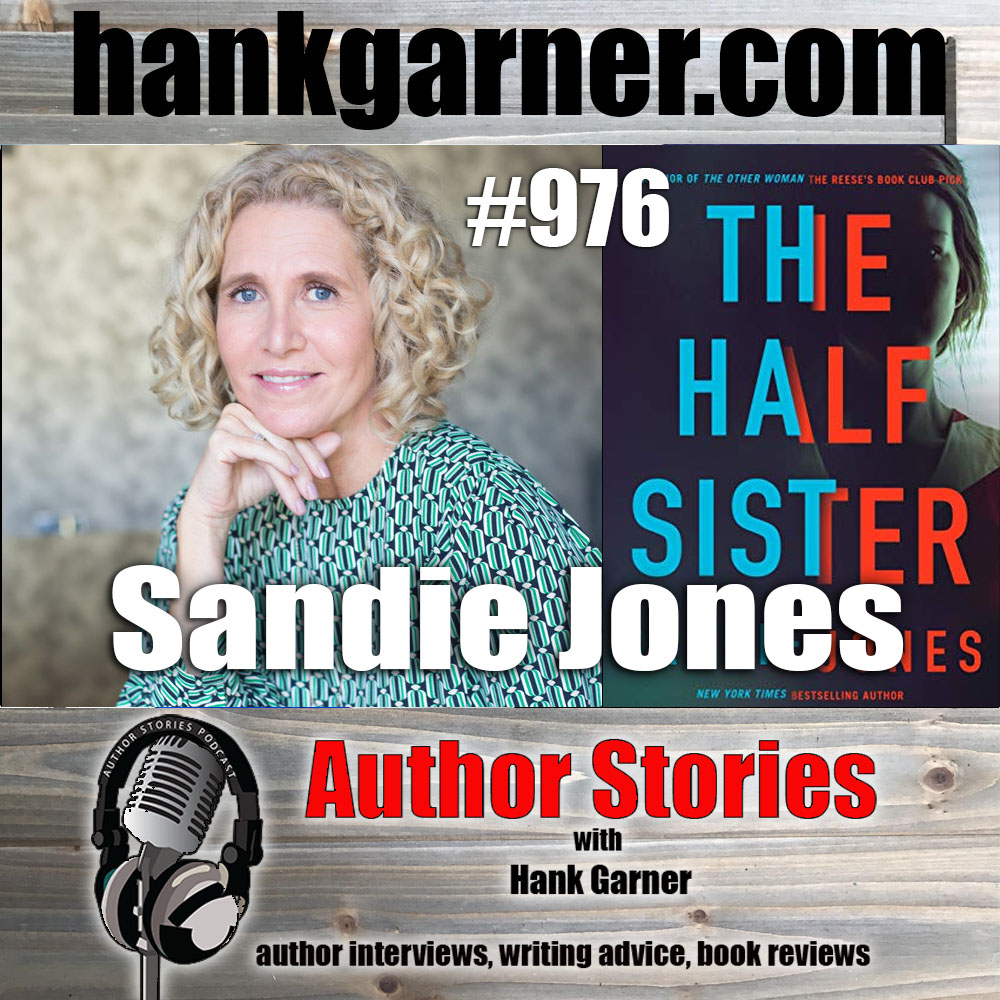 Today’s author interview guest is Sandie Jones, author of The Half Sister.

From Sandie Jones, the New York Times bestselling author of the Hello Sunshine Book Club pick The Other Woman, comes The Half Sister; a compelling new domestic suspense novel about a family who is forever changed when a stranger arrives at their door.

Meet the half sister, and unravel the ties that blind us.

Sisters Kate and Lauren meet for Sunday lunch every week without fail, especially after the loss of their father.

But a knock at the door is about to change everything. A young woman by the name of Jess holds a note with the results of a DNA test, claiming to be their half sister.

As the fallout starts, it’s clear that they are all hiding secrets, and perhaps this family isn’t as perfect as it appears.

Photo: Harriet Buckingham
I’ve always enjoyed writing – in fact, English was pretty much the only exam (in my whole life!) that I passed with flying colours. However it took ten years for me to realise that I might actually be able to make a living from doing what I loved.

So for the next two decades I worked as a journalist, (articles below), interviewing celebrities from George Clooney to Justin Timberlake and Ozzy Osbourne to Dame Maggie Smith.

But it wasn’t until 2017, that I decided to try my hand at writing fiction – not with the intention of writing a book that would get published, but just to prove to myself that I had the dedication and willpower needed. Yet once I started, I couldn’t stop!

The result was my debut The Other Woman, which was a 2018 New York Times Bestseller and a Reese Witherspoon Pick. It also sold in fourteen other languages, and to say I’m still reeling from the shock of it all, is something of an understatement!

My second novel The First Mistake was published in 2019, and The Half Sister, which is available to pre-order now, is out in June.

I’m currently writing my fourth, as yet untitled novel, in London, where I live with my husband and three children.