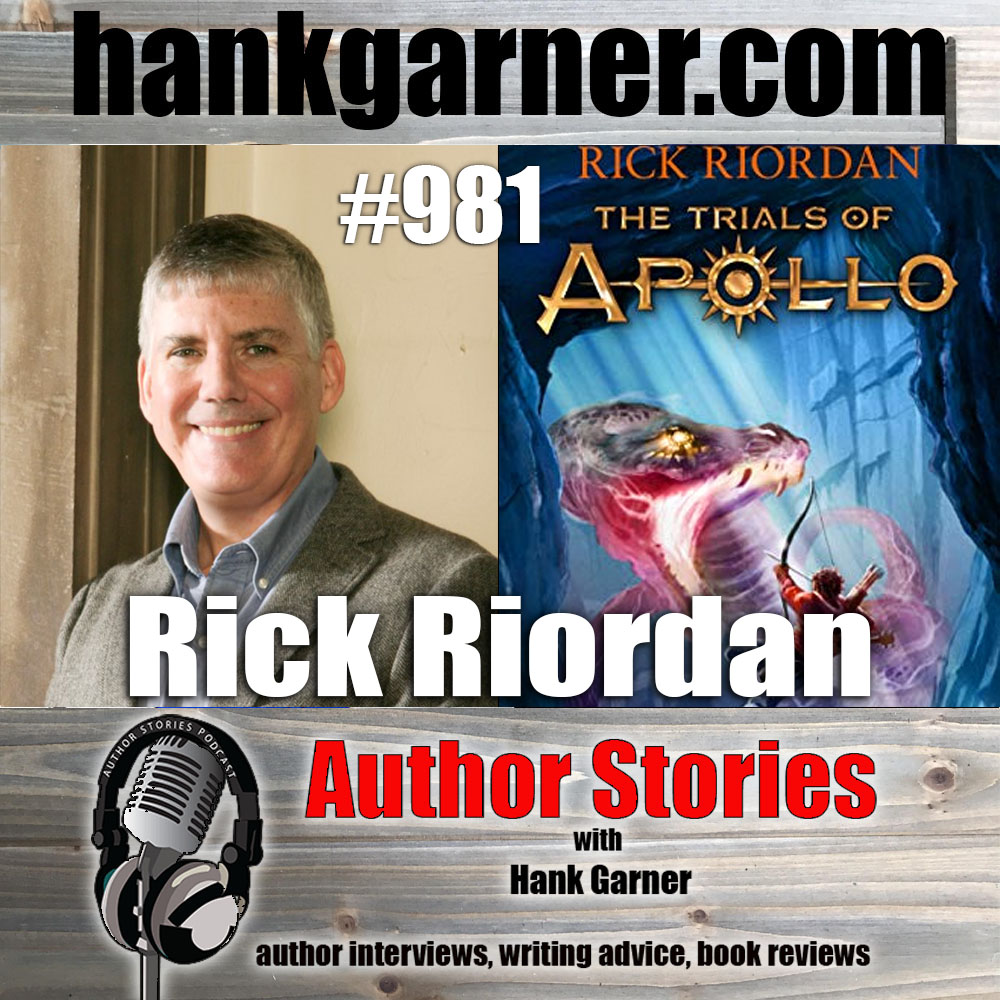 Today I am pleased to welcome Rick Riordan, author of the Percy Jackson series as well as the new book The Trials of Apollo, Book Five: The Tower of Nero.

At last, the breathtaking, action-packed finale of the #1 bestselling Trials of Apollo series is here!

Will the Greek god Apollo, cast down to earth in the pathetic moral form of a teenager named Lester Papadopoulos, finally regain his place on Mount Olympus?

Lester’s demigod friends at Camp Jupiter just helped him survive attacks from bloodthirsty ghouls, an evil Roman king and his army of the undead, and the lethal emperors Caligula and Commodus. Now the former god and his demigod master Meg must follow a prophecy uncovered by Ella the harpy. Lester’s final challenge will be at the Tower of Nero, back in New York.

Will Meg have a last showdown with her father?

Will this helpless form of Apollo have to face his arch nemesis, Python?

Who will be on hand at Camp Half-Blood to assist?

These questions and more will be answered in this book that all demigods are eagerly awaiting.

Rick Riordan is the #1 New York Times bestselling author of the Percy Jackson and the Olympians series, the Kane Chronicles, and the Heroes of Olympus. He is also the author of the multi-award-winning Tres Navarre mystery series for adults.

For fifteen years, Rick taught English and history at public and private middle schools in the San Francisco Bay Area and in Texas. In 2002, Saint Mary’s Hall honored him with the school’s first Master Teacher Award.

While teaching full time, Riordan began writing mystery novels for grownups. His Tres Navarre series went on to win the top three national awards in the mystery genre – the Edgar, the Anthony and the Shamus. Riordan turned to children’s fiction when he started The Lightning Thief as a bedtime story for his oldest son.

Today over 35 million copies of his Percy Jackson, Kane Chronicles, and Heroes of Olympus books are in print in the United States, and rights have been sold into more than 35 countries. Rick is also the author of The 39 Clues: The Maze of Bones, another #1 New York Times bestseller.t

Rick Riordan now writes full-time. He lives in Boston with his wife and two sons.