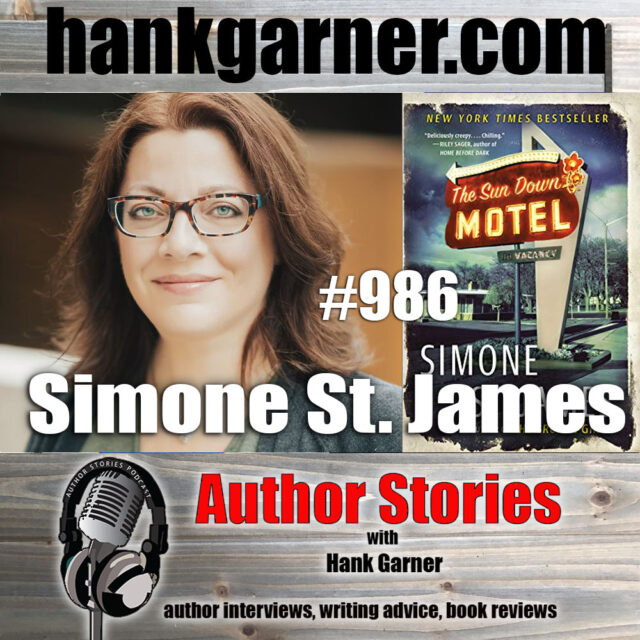 Something hasn’t been right at the roadside Sun Down Motel for a very long time, and Carly Kirk is about to find out why in this chilling new novel from the New York Times bestselling and award-winning author of The Broken Girls.

Upstate New York, 1982. Viv Delaney wants to move to New York City, and to help pay for it she takes a job as the night clerk at the Sun Down Motel in Fell, New York. But something isnʼt right at the motel, something haunting and scary.

Upstate New York, 2017. Carly Kirk has never been able to let go of the story of her aunt Viv, who mysteriously disappeared from the Sun Down before she was born. She decides to move to Fell and visit the motel, where she quickly learns that nothing has changed since 1982. And she soon finds herself ensnared in the same mysteries that claimed her aunt.

Simone St. James is the award-winning author of The Haunting of Maddy Clare, which won two prestigious RITA® awards from Romance Writers of America and an Arthur Ellis Award from Crime Writers of Canada. She writes gothic historical ghost stories set in 1920s England, books that are known for their mystery, gripping suspense, and romance.

Simone wrote her first ghost story, about a haunted library, when she was in high school. She worked behind the scenes in the television business for twenty years before leaving to write full-time. She lives just outside Toronto, Canada with her husband and a spoiled cat.