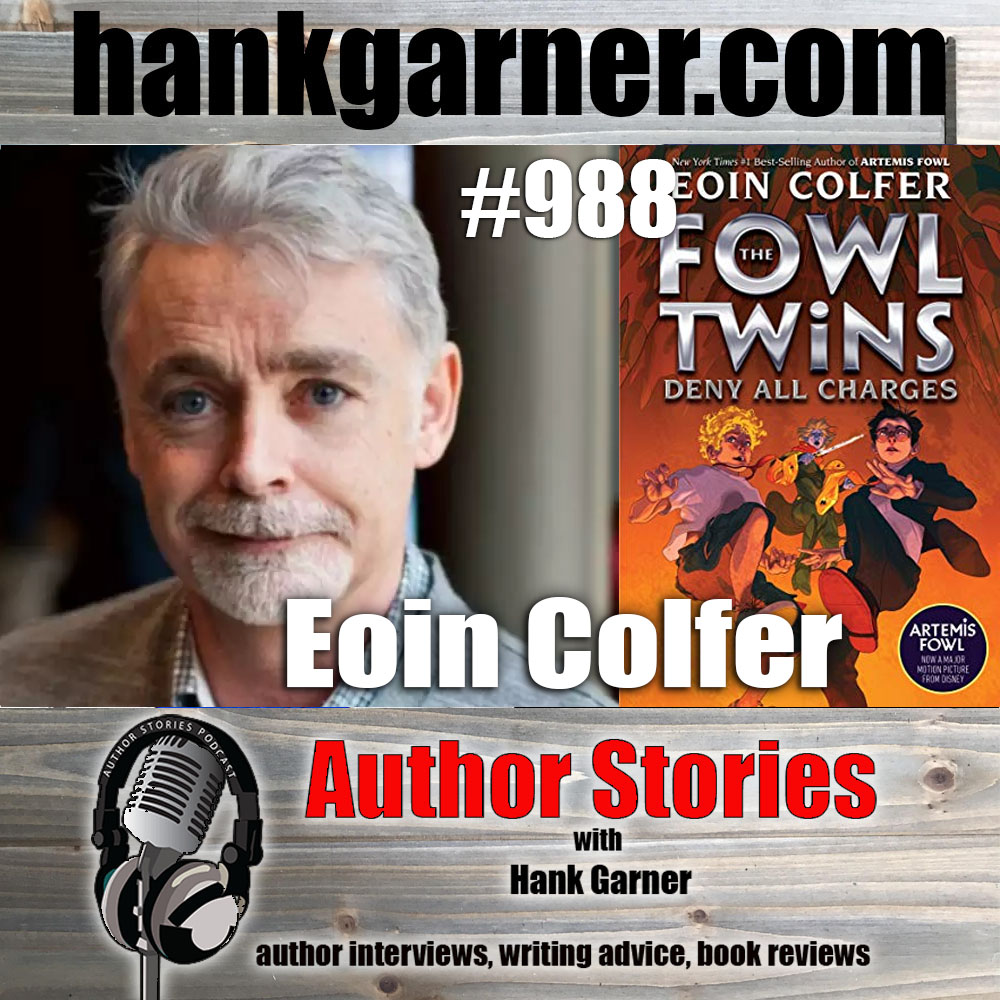 On today’s episode of Author Stories, we are joined again by Eoin Colfer as we talk all about The Fowl Twins and his new book The Fowl Twins Deny All Charges.

The second Fowl Twins adventure, a spinoff of the blockbuster Artemis Fowl series, starts with a bang–literally.

Artemis’s little brothers Myles and Beckett borrow the Fowl jet without permission, and it ends up as a fireball over Florida. The twins plus their fairy minder, the pixie-elf hybrid Lazuli Heitz, are lucky to escape with their lives.

The Fowl parents and fairy police force decide that enough is enough and the twins are placed under house arrest. But Myles has questions like: Who was tracking the Fowl jet? Why would someone want to blow them out of the sky? What is the bigger picture? These questions must infuriate someone, because Myles is abducted and spirited away from his twin.

Beckett and Lazuli must collaborate to find Myles and rescue him. Their chase will take them across continents, deep underground, and into subacquatic super villain lairs. They will be shot at, covered in spit, and be at the receiving end of some quite nasty dwarf sarcasm.

Will Beckett be able to come up with a genius plan without a genius on hand?

Eoin Colfer (pronounced Owen) is the New York Times best-selling author
of the blockbuster Artemis Fowl series as well as Airman; Half Moon
Investigations; The Supernaturalist; Eoin Colfer’s Legend of… books;
The Wish List; Benny and Omar; and Benny and Babe. He was born in
Wexford on the southeast coast of Ireland in 1965, where he and his four
brothers were brought up by his father (an elementary school teacher,
historian and artist of note) and mother (a drama teacher). He first
developed an interest in writing in primary (elementary) school with
gripping Viking stories inspired by history that he was learning in
school at the time.

Eoin got his degree from Dublin University and qualified as a primary
school teacher, returning to work in Wexford. He married in 1991 and he
and his wife spent about 4 years between 1992 and 1996 working in Saudi
Arabia, Tunisia and Italy. His first book, Benny and Omar, was published
in 1998, based on his experiences in Tunisia; it has since been
translated into many languages; a sequel followed in 1999. In 2001, the
first Artemis Fowl book was published worldwide to much success –
shortly thereafter he left teaching to concentrate fully on his writing.
To this day, Eoin has written 6 Artemis Fowl books which have sold over
12 million copies worldwide.