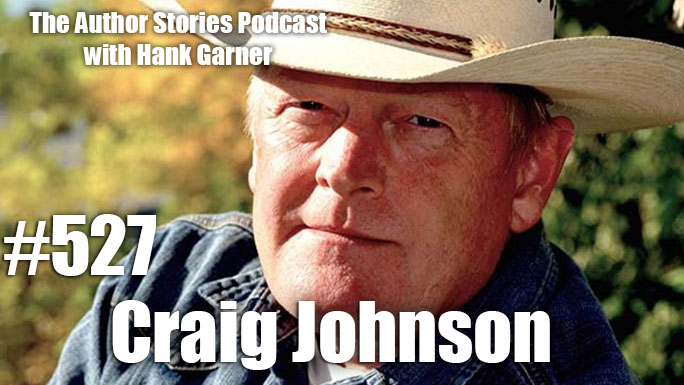 On today’s show, Craig Johnson returns for the fourth time to talk about his brand new Walt Longmire Mystery book Depth of Winter and what it’s like to write a long-running series while keeping readers engaged and excited.

Welcome to Walt Longmire’s worst nightmare. In Craig Johnson’s latest mystery, Depth of Winter, an international hit man and the head of one of the most vicious drug cartels in Mexico has kidnapped Walt’s beloved daughter, Cady, to auction her off to his worst enemies, of which there are many. The American government is of limited help and the Mexican one even less. Walt heads into the one-hundred-and-ten-degree heat of the Northern Mexican desert alone, one man against an army.

Craig Johnson is the author of eight novels in the Walt Longmire mystery series, which has garnered popular and critical acclaim. The Cold Dish was a Dilys Award finalist and the French edition won Le Prix du Polar Nouvel Observateur/BibliObs. Death Without Company, the Wyoming State Historical Association’s Book of the Year, won France’s Le Prix 813. Another Man’s Moccasins was the Western Writers of America’s Spur Award winner and the Mountains & Plains Independent Booksellers’ Book of the Year, and The Dark Horse, the fifth in the series, was a Publishers Weekly Best Book of the Year. Junkyard Dogs won the Watson Award for a mystery novel with the best sidekick, and Hell Is Empty, selected by Library Journal as the Best Mystery of the Year, was a New York Times , as was As the Crow Flies. The Walt Longmire series is the basis for the hit A&E drama, Longmire, starring Robert Taylor, Lou Diamond Phillips, and Katee Sackoff.