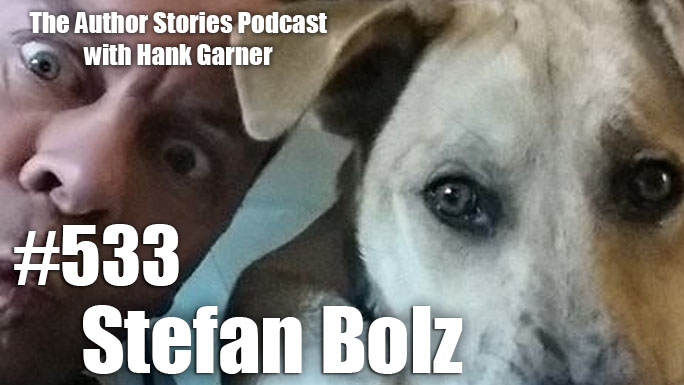 “Action-packed poetry. This is Stefan Bolz at his best.” [Amazon Reviewer, on “Genesis.”]”

A superb illustration in character building.” [Chris Fried for Leighgendarium.com, on “Crucible.”]

The White Dragon: Omnibus edition combines all three books in The White Dragon trilogy: Genesis, Crucible, and Alchemy. It tells the story of the very beginning of an apocalyptic event as seen through the eyes of an eighteen-year-old girl. Nothing could have prepared her for what is about to happen and she has to face some seriously tough stuff before the end. During the thirty-six hours of terror that turn Kasey Byrne’s life upside down and strip her of everything dear to her, something inside her awakens. It is and alike for it can destroy her or turn her into the most powerful weapon against the evil that has reached the shores of our world.

Born and raised in the beautiful Main River Valley in Germany, Stefan came to the U.S. in 1996 where he settled in upstate New York. He grew up German poetry, soccer, Nutella, and American music. After coming here, he studied creative writing/screenwriting and psychology. Next came a foray into poetry and essays on life and existential questions which brought him to his first novel, The Three Feathers, a fable about a young rooster who follows his dream and jumps the coop in search for adventure. While in the midst of it, he realized that writing has been his own dream all along. He doesn’t like to be pinned down in only one genre and feels at home in Science Fiction, Dystopia, Apocalyptic, Literary, Horror, and Fantasy. Stefan’s stories have appeared in The Alien Chronicles (The Future Chronicles): Foreword; The Time Travel Chronicles (Future Chronicles Book 7): Short Story: The Traveler (was optioned by Brittany House Pictures); Tails of the Apocalypse: Protector; Chronicle Worlds – B-Movie: Nightmare; Shapeshifter Chronicles (The Future Chronicles Book 13): The Night of the Hunted; Post Road Magazine: Woven Dreams – On Robert Lamont. You can find him at www.stefanswritingdesk.com.  “Stefan Bolz is a remarkable author, whose writing is not merely inventive but lyrical, almost mystical. You can’t help but fall under the spell of the worlds he creates, the characters he gives life to. He’s one of that vanguard of authors bringing speculative fiction into a new silver age.” — Samuel Peralta, Award Winning Author and Creator of ‘The Future Chronicles’

Full archives of the podcast at https://hankgarner.com