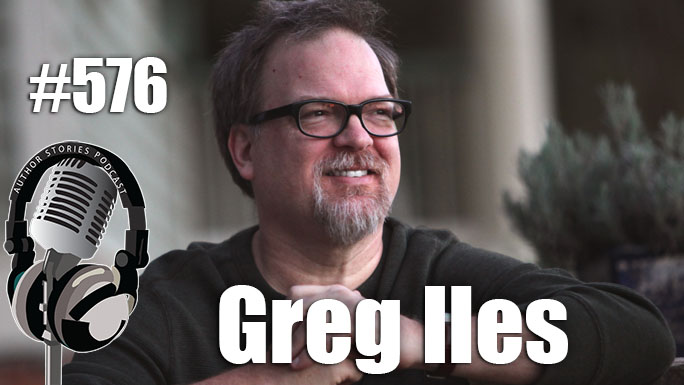 Sometimes the price of justice is a good man’s soul.

The #1 New York Times bestselling author of the Natchez Burning trilogy returns with an electrifying tale of friendship, betrayal, and shattering secrets that threaten to destroy a small Mississippi town.

“An ambitious stand-alone thriller that is both an absorbing crime story and an in-depth exploration of grief, betrayal and corruption… Iles’s latest calls to mind the late, great Southern novelist Pat Conroy. Like Conroy, Iles writes with passion, intensity and absolute commitment.”
— Washington Post

When Marshall McEwan left his Mississippi hometown at eighteen, he vowed never to return. The trauma that drove him away spurred him to become one of the most successful journalists in Washington, DC. But as the ascendancy of a chaotic administration lifts him from print fame to television stardom, Marshall discovers that his father is terminally ill, and he must return home to face the unfinished business of his past.

On arrival, he finds Bienville, Mississippi very much changed.  His family’s 150-year-old newspaper is failing; and Jet Turner, the love of his youth, has married into the family of Max Matheson, one of a dozen powerful patriarchs who rule the town through the exclusive Bienville Poker Club.  To Marshall’s surprise, the Poker Club has taken a town on the brink of extinction and offered it salvation, in the form of a billion-dollar Chinese paper mill.  But on the verge of the deal being consummated, two murders rock Bienville to its core, threatening far more than the city’s economic future.

An experienced journalist, Marshall has seen firsthand how the corrosive power of money and politics can sabotage investigations. Joining forces with his former lover—who through her husband has access to the secrets of the Poker Club—Marshall begins digging for the truth behind those murders.  But he and Jet soon discover that the soil of Mississippi is a minefield where explosive secrets can destroy far more than injustice.  The South is a land where everyone hides truths: of blood and children, of love and shame, of hate and murder—of damnation and redemption.  The Poker Club’s secret reaches all the way to Washington, D.C., and could shake the foundations of the U.S. Senate.  But by the time Marshall grasps the long-buried truth about his own history, he would give almost anything not to have to face it.

Greg Iles was born in 1960 in Germany where his father ran the US Embassy medical clinic during the height of the Cold War. After graduating from the University of Mississippi in 1983 he performed for several years with the rock band Frankly Scarlet and is currently member of the band The Rock Bottom Remainders. His first novel, Spandau Phoenix, a thriller about war criminal Rudolf Hess, was published in 1993 and became a New York Times bestseller. Iles went on to write ten bestselling novels, including Third Degree, True Evil, Turning Angel, Blood Memory, The Footprints of God, and 24 Hours (released by Sony Pictures as Trapped, with full screenwriting credit for Iles). He lives in Natchez, Mississippi.

Greg Iles was born in Germany in 1960, where his father ran the US Embassy Medical Clinic during the height of the Cold War.  Iles spent his youth in Natchez, Mississippi, and graduated from the University of Mississippi in 1983.  While attending Ole Miss, Greg lived in the cabin where William Faulkner and his brothers listened to countless stories told by “Mammy Callie,” their beloved nanny, who had been born a slave.

Iles wrote his first novel in 1993, a thriller about Nazi war criminal Rudolf Hess, which became the first of twelve New York Times bestsellers.  His novels have been made into films, translated into more than twenty languages, and published in more than thirty-five countries worldwide.  His new epic trilogy continues the story of Penn Cage, protagonist of The Quiet Game,Turning Angel, and New York Times #1 bestseller The Devil’s Punchbowl.

Iles is a member of the legendary lit-rock group “The Rock Bottom Remainders.”  Like bandmate Stephen King, Greg returned to the musical stage after recovering from his injuries, and joined the band for their final two shows in Los Angeles in 2012.  A nonfiction memoir by the band, titled Hard Listening, was published this past summer.  Hard Listening also contains a short story Greg wrote as an homage to King.

Iles lives in Natchez, Mississippi, with his wife and has three children.