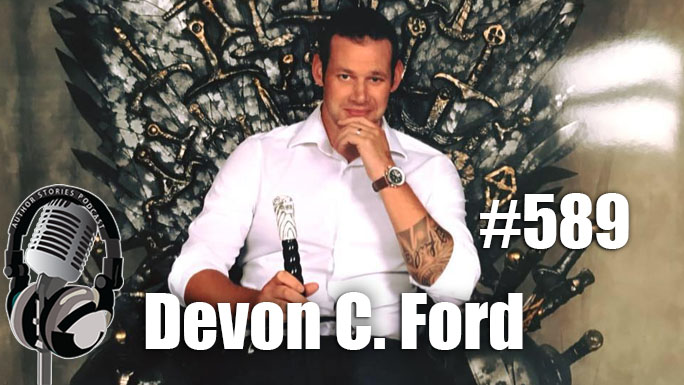 Today I welcome Devon C. Ford to the show to talk about writing science fiction, post apocalypse, and all things speculative fiction.

Devon is from the UK, having lived in many places until finally settling in the Midlands. His career in public services started in his teens and has provided a wealth of experiences, both good and some very bad, which form the basis of the book ideas that cause regular insomnia.

He first started reading for fun as an adult, having tried his hardest to avoid anything resembling academia growing up, and at that point the world became a far bigger place. He has been reading, at least one book at a time, ever since.

His debut works, the After It Happened series, (Survival, Humanity, Society) were published in April 2016 followed by Hope (July 2016) and Sanctuary (December 2016). The first part of the series concluded with the release of Rebellion which was published in June 2017.

Storming high into the charts with the first books of the After It Happened series, Devon launched into the top 10 sellers listings in the UK, Australia, Canada and the US, and he made the decision to write full time shortly after the launch of Hope.

Devon’s self-published beginnings caused a stir in the publishing world, and resulted in contracts with Podium Publishing for Audible, narrated by R.C. Bray (The Martian, Expeditionary Force, Arisen), before a publishing deal for kindle and paperbacks with Vulpine Press.

Further works have seen the start of a multi-author series, sci-fi/post-apocalyptic cross genre, futuristic dystopian and alternative history zombie apocalypse. Spin-off books from the After It Happened world have been announced for 2018, beginning with The Leah Chronicles: Andorra.