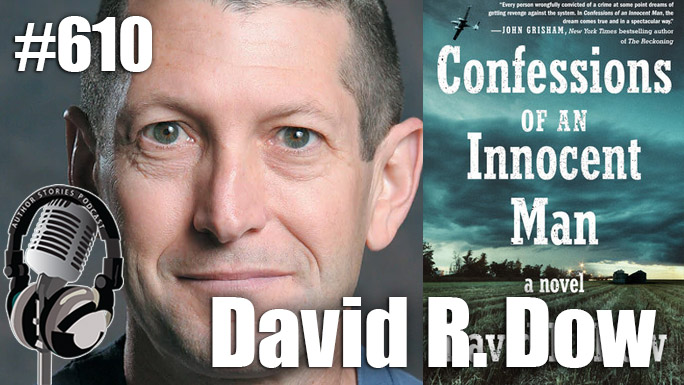 “Every person wrongfully convicted of a crime at some point dreams of getting revenge against the system.  In Confessions of an Innocent Man, the dream comes true and in a spectacular way.”—John Grisham, New York Times bestselling author of The Reckoning

A thrillingly suspenseful debut novel, and a fierce howl of rage that questions the true meaning of justice.

Rafael Zhettah relishes the simplicity and freedom of his life. He is the owner and head chef of a promising Houston restaurant. A pilot with open access to the boundless Texas horizon. A bachelor, content with having few personal or material attachments that ground him. Then, lightning strikes. When he finds Tieresse—billionaire, philanthropist, sophisticate, bombshell—sitting at one of his tables, he also finds his soul mate and his life starts again. And just as fast, when she is brutally murdered in their home, when he is convicted of the crime, when he is sentenced to die, it is all ripped away. But for Rafael Zhettah, death row is not the end. It is only the beginning. Now, with his recaptured freedom, he will stop at nothing to deliver justice to those who stole everything from him.

This is a heart-stoppingly suspenseful, devastating, page-turning debut novel. A thriller with a relentless grip that wants you to read it in one sitting. David R. Dow has dedicated his life to the fight against capital punishment—to righting the horrific injustices of the death penalty regime in Texas. He delivers the perfect modern parable for exploring our complex, uneasy relationships with punishment and reparation in a terribly unjust world.

David R. Dow is the Cullen Professor at the University of Houston Law Center, where he teaches constitutional law and theory, contract law, the death penalty, and law-and-literature. A graduate of Rice and Yale, Dow is also the founder of the Texas Innocence Network (TIN), Texas’ oldest innocence project, and the co-founder (with his wife, Katya) of the Juvenile and Capital Advocacy Project (JCAP). Working through his death penalty clinic, Dow and his team of lawyers, clinical professors, students, and interns, have represented more than one hundred death row inmates during their state and federal appeals.

Dow is the author of both scholarly papers and texts, as well as books for a general audience. His first memoir, The Autobiography of an Execution (published by Twelve), was a finalist for the National Book Critics Circle Award and the winner of the Barnes & Noble Discover award for nonfiction. His second memoir, Things I’ve Learned From Dying (also published by Twelve), was named by NPR as one of the best books of 2014. Confessions of an Innocent Man, Dow’s first novel, was published by Dutton in 2019.

Dow and his wife Katya have one son, Lincoln. They live in Houston and Durango, Colorado, along with their dogs Delano and Soul.

Here’s the link to enter the drawing: https://www.facebook.com/authorstoriespodcast/posts/1059511797588658 Winner will be selected Friday, April 19. Winners must live in the U.S. Keep watching for more giveaways soon. Lots to come!