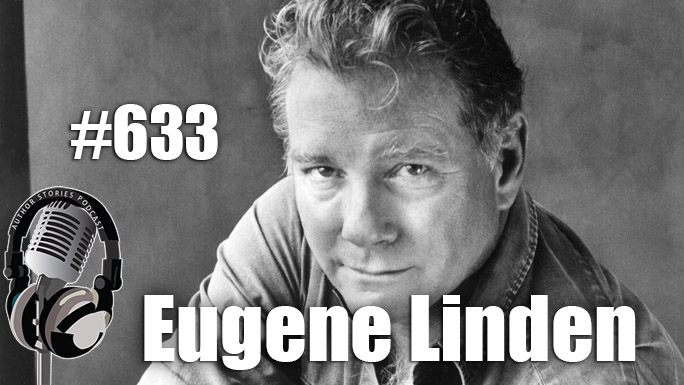 Today my guest is Eugene Linden, award winning journalist and author of the new thriller Deep Past.

If nature could invent intelligence of our scale in a blink of geologic time, who’s to say it hasn’t been done before…

A routine dig in Kazakhstan takes a radical turn for thirty-two-year-old anthropologist Claire Knowland when a stranger turns up at the site with a bizarre find from a remote section of the desolate Kazakh Steppe. Her initial skepticism of this mysterious discovery gives way to a realization that the find will shake the very foundations of our understanding of evolution and intelligence.

Corrupt politics of Kazakhstan force Claire to take reckless chances with the discovery.  Among the allies she gathers in her fight to save herself and bring the discovery to light is Sergei Anachev, a brilliant but enigmatic Russian geologist who becomes her unlikely protector even as he deals with his own unknown crisis.

Ultimately, Claire finds herself fighting not just for the discovery and her academic reputation, but for her very life as great power conflict engulfs the unstable region and an unscrupulous oligarch attempts to take advantage of the chaos.

Drawing on Eugene Linden’s celebrated non-fiction investigations into what makes humans different from other species, this international thriller mixes fact and the fantastical, the realities of academic politics, and high stakes geopolitics—engaging the reader every step of the way.

Eugene Linden is an award-winning journalist and author on science, nature, and the environment.  Deep Past draws on his long career in non-fiction as the author of ten books, including his celebrated works on animal intelligence and climate change: Apes, Men, and Language, the New York Times “Notable Book” Silent Partners, and the bestselling The Parrot’s Lament. His book, Winds of Change, which explored the connection between climate change and the rise and fall of civilizations, was awarded the Grantham Prize Special Award of Merit. For many years, Linden wrote about nature and global environmental issues for TIME where he garnered several awards including the American Geophysical Union’s Walter Sullivan Award. He has also contributed to the New York Times, Foreign Affairs, and National Geographic, among many other publications.