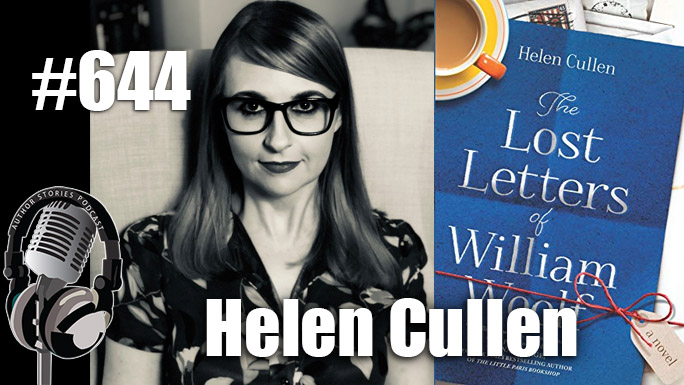 “Enchanting, intriguing, deeply moving. The Lost Letters of William Woolf concerns itself as much with lost love as it does with lost letters.”

Lost letters have only one hope for survival…

But when letters arrive addressed simply to “My Great Love,” longtime letter detective William Woolf faces his greatest mystery to date. Written by a woman to the soulmate she hasn’t met yet, the missives capture William’s heart in ways he didn’t know possible. Soon, he finds himself torn between the realities of his own marriage and his world of letters, and his quest to follow the clues becomes a life-changing journey of love, hope, and courage.

From Irish author Helen Cullen, The Lost Letters of William Woolf is an enchanting novel about the resilience of the human heart and the complex ideas we hold about love—and a passionate ode to the art of letter writing.

Helen Cullen is an Irish writer living in London. She worked at RTE (Ireland’s national broadcaster) for seven years before moving to London in 2010. In the UK, Helen established a career as an events and engagement specialist before joining the Google UK marketing team in 2015.

The first draft of her debut novel THE LOST LETTERS OF WILLIAM WOOLF was written while completing the Guardian/UEA novel writing programme under the mentorship of Michèle Roberts. Helen holds an M.A. Theatre Studies from UCD and is currently completing an M.A. English Literature at Brunel University.

‘The Lost Letters of William Woolf’ will be published this year in the UK, Ireland, USA, Canada, Australia, South Africa, Germany, Italy, Greece and Israel.