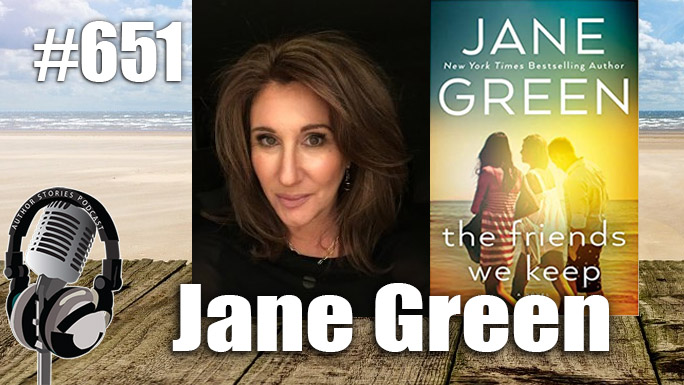 Today’s author interview guest is Jane Green, author of The Friends We Keep.

As seen on The Today Show!

The Friends We Keep is the heartwarming and unforgettable new novel from Jane Green, the New York Times bestselling author of The Sunshine Sisters and The Beach House.

Evvie, Maggie, and Topher have known one another since college. Their friendship was something they swore would last forever. Now years have passed, the friends have drifted apart, and they never found the lives they wanted—the lives they dreamed of when they were young and everything seemed possible.

Evvie starved herself to become a supermodel but derailed her career by sleeping with a married man.

Maggie married Ben, the boy she fell in love with in college, never imagining the heartbreak his drinking would cause.

Topher became a successful actor, but the shame of a childhood secret shut him off from real intimacy.

By their thirtieth reunion, these old friends have lost touch with one another and with the people they dreamed of becoming. Together again, they have a second chance at happiness…until a dark secret is revealed that changes everything.

The Friends We Keep is about how despite disappointments we’ve had or mistakes we’ve made, it’s never too late to find a place to call home.

JANE GREEN IS THE AUTHOR OF TWENTY NOVELS, INCLUDING SEVENTEEN NEW YORK TIMES BESTSELLERS, ONE COOKBOOK, AND VARIOUS SHORT STORIES.

She is published in over 25 languages, and has over ten million books in print worldwide.

She has been part of the ABC News team, has had her own radio show on BBC Radio London, and has made regular appearances on TV and radio.

She contributes to a number of newspapers and magazines, and has a weekly column in The Lady magazine, England’s longest running weekly magazine.

A graduate of the International Culinary Institute in New York, Green is an avid cook, amateur decorator, and passionate gardener. She is also a regular storyteller for The Moth.

A resident of Westport, Connecticut, she lives there with her husband, a small menagerie of animals, and (too) many children.