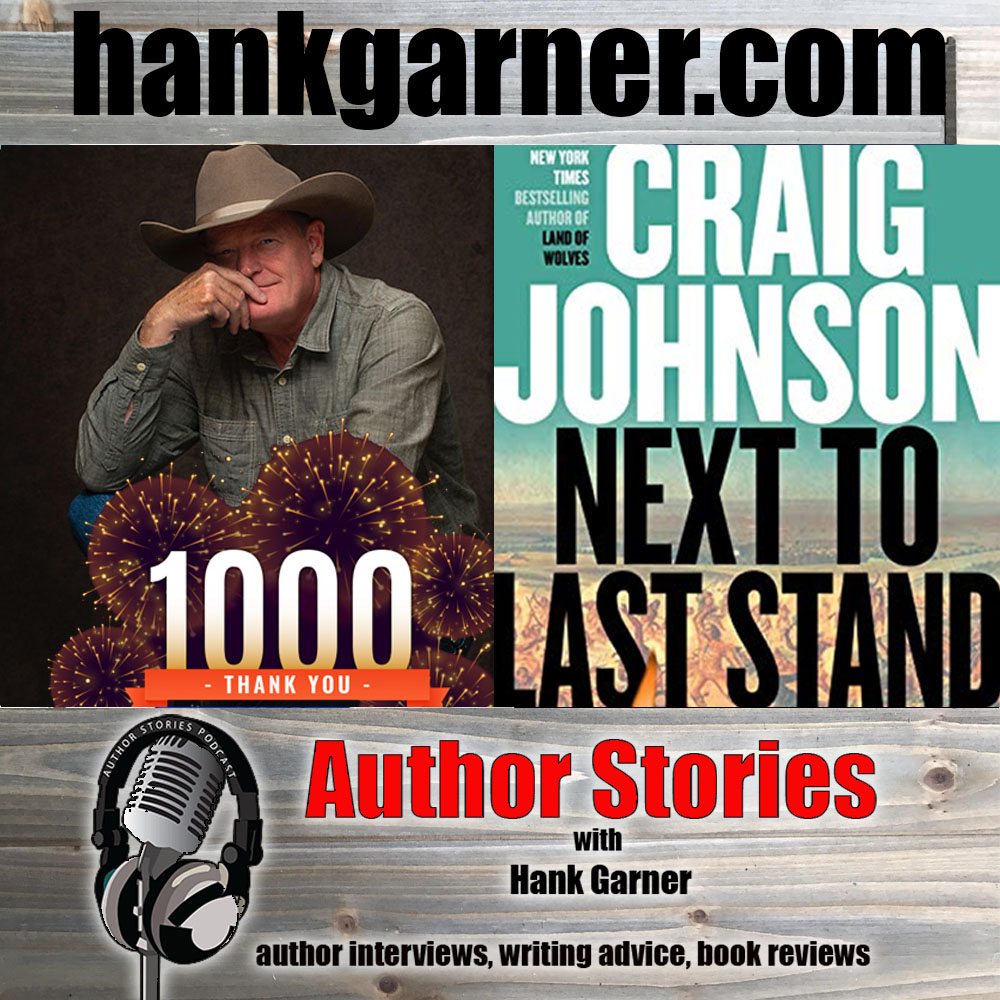 Thank you for helping us to reach this epic milestone of 1000 episodes! Today I welcome back Craig Johnson, one of my favorite writers, to talk all about Walt Longmire and what mysteries Walt and crew help to unravel in Next to Last Stand.

Don’t forget to enter the episode 1000 drawing, winners will be chosen tonight!

New York Times bestselling author Craig Johnson is back with his sixteenth Sheriff Walt Longmire murder mystery novel, NEXT TO LAST STAND, a story that centers around Custer’s Last Fight, one of the most viewed paintings in American history. Custer’s Last Fight was copied and distributed by Anheuser-Busch at a rate of over two million copies a year and destroyed in a fire at the 7th Cavalry Headquarters in Fort Bliss, Texas, in 1946 . . . Or was it?

Johnson says he chose to center NEXT OF LAST STAND on Custer’s Last Fight because it’s, “an iconoclastic image that would link Walt into a type of book I hadn’t written—an art heist. The last couple of books have been rather serious in nature, and I thought it was time to send Walt off on a lark in the art world, and possibly distract him with something inherent to his nature . . . research.”

When Charley Lee Stillwater dies of an apparent heart attack at the Wyoming Home for Soldiers & Sailors, Walt Longmire is called in to try and make sense of a piece of a painting and a Florsheim shoebox containing a million dollars, sending the good sheriff on the trail of a dangerous art heist.

Craig Johnson is the New York Times bestselling author of the Longmire mysteries, the basis for the hit Netflix original series Longmire. He is the recipient of the Western Writers of America Spur Award for fiction, the Mountain & Plains Independent Booksellers Association’s Reading the West Book Award for fiction, the Nouvel Observateur Prix du Roman Noir, and the Prix SNCF du Polar. His novella Spirit of Steamboat was the first One Book Wyoming selection. He lives in Ucross, Wyoming, population 25.