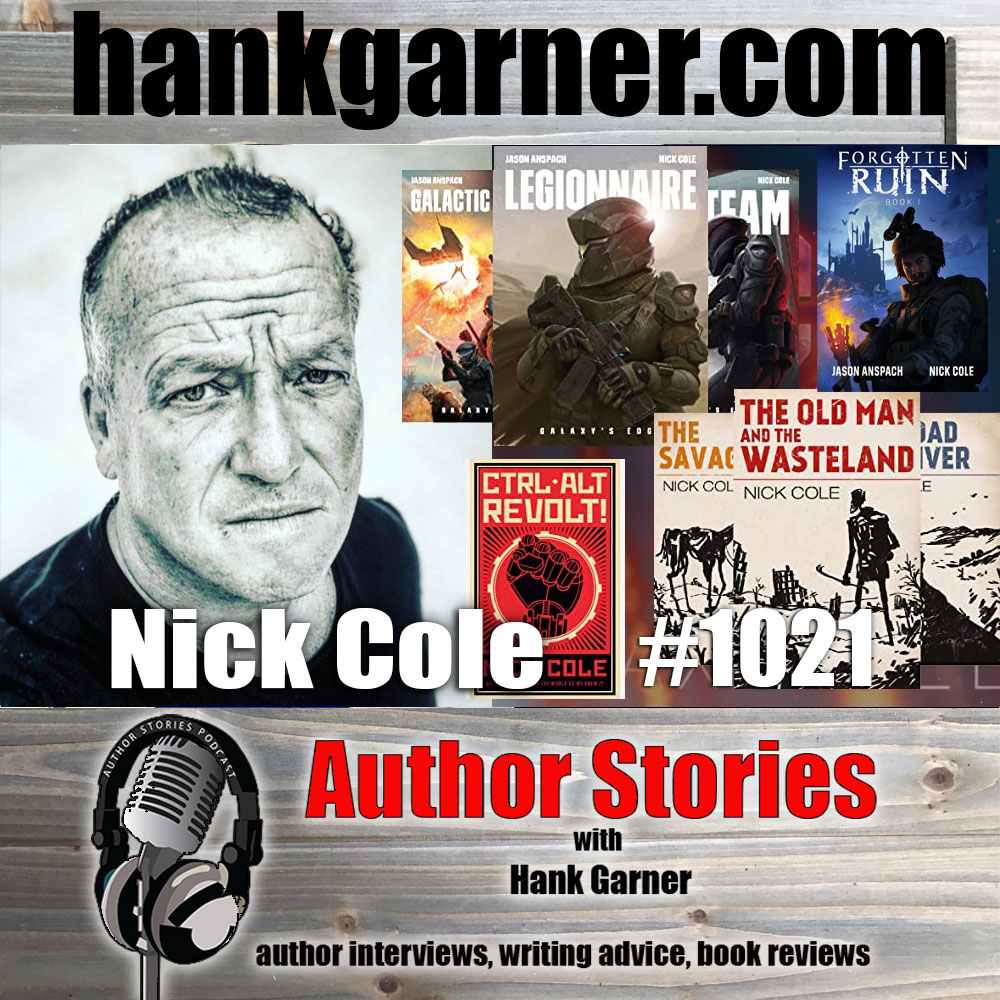 On today’s show Nick Cole joins me once again to take a look back at 2020, his series with Jason Anspach Galaxy’s Edge, and to talk about what’s to come.

The Galaxy is a Dumpster Fire.

A hot, stinking, dumpster fire. And most days I don’t know if the legionnaires are putting out the flames, or fanning them into an inferno.

A hostile force ambushes Victory Company during a reconnaissance-in-force deep inside enemy territory. Stranded behind enemy lines, a sergeant must lead a band of survivors against merciless insurgents on a deadly alien world somewhere along the galaxy’s edge. With no room for error, the Republic’s elite fighting force must struggle to survive under siege while waiting on a rescue that might never come.

Join Victory Company as they fight for their lives. When you think you’ve surrounded the Legion… you’ve just made your last mistake.

Nick Cole is a former soldier and working actor living in Southern California. When he is not auditioning for commercials, going out for sitcoms or being shot, kicked, stabbed or beaten by the students of various film schools for their projects, he can be found writing books. Nick’s Book The Old Man and the Wasteland was an Amazon Bestseller and #1 in Science Fiction. In 2016 Nick’s book CTRL ALT Revolt won the Dragon Award for Best Apocalyptic novel.  Currently he is writing the bestselling Science Fiction series Galaxy’s Edge with co-author Jason Anspach.