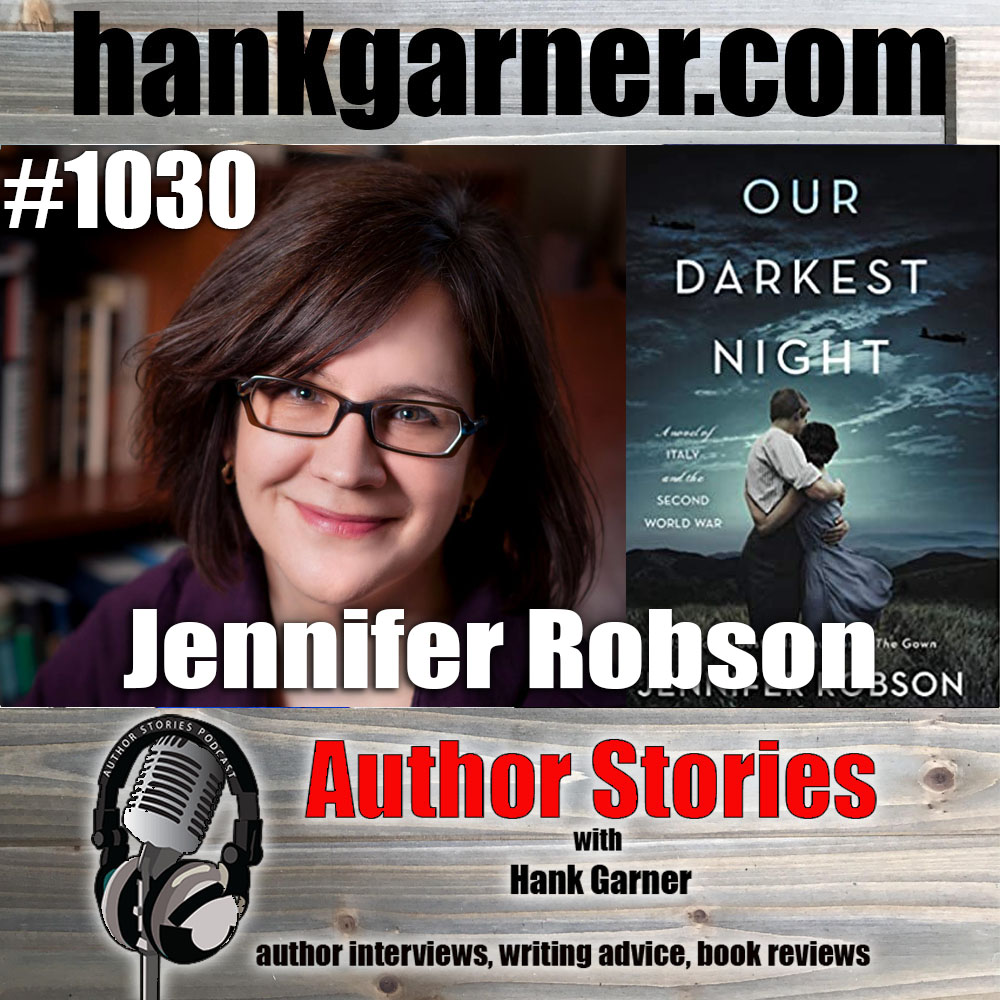 Jennifer Robson returns to the show today to talk all about her new book Our Darkest Night.

To survive the Holocaust, a young Jewish woman must pose as a Christian farmer’s wife in this unforgettable novel from USA Today bestselling author Jennifer Robson—a story of terror, hope, love, and sacrifice, inspired by true events, that vividly evokes the most perilous days of World War II.

It is the autumn of 1943, and life is becoming increasingly perilous for Italian Jews like the Mazin family. With Nazi Germany now occupying most of her beloved homeland, and the threat of imprisonment and deportation growing ever more certain, Antonina Mazin has but one hope to survive—to leave Venice and her beloved parents and hide in the countryside with a man she has only just met.

Nico Gerardi was studying for the priesthood until circumstances forced him to leave the seminary to run his family’s farm. A moral and just man, he could not stand by when the fascists and Nazis began taking innocent lives. Rather than risk a perilous escape across the mountains, Nina will pose as his new bride. And to keep her safe and protect secrets of his own, Nico and Nina must convince prying eyes they are happily married and in love.

But farm life is not easy for a cultured city girl who dreams of becoming a doctor like her father, and Nico’s provincial neighbors are wary of this soft and educated woman they do not know. Even worse, their distrust is shared by a local Nazi official with a vendetta against Nico. The more he learns of Nina, the more his suspicions grow—and with them his determination to exact revenge.

As Nina and Nico come to know each other, their feelings deepen, transforming their relationship into much more than a charade. Yet both fear that every passing day brings them closer to being torn apart . . .

An academic by background, a former editor by profession, and a lifelong history nerd, I am lucky enough to now call myself a full-time writer. I’m the author of six novels set during and after the two world wars: Somewhere in France, After the War is Over, Moonlight Over Paris, Goodnight from London, The Gown, and Our Darkest Night: A Novel of Italy and the Second World War. I was also a contributor to the acclaimed anthology Fall of Poppies: Stories of Love and the Great War.

I studied French literature and Modern History as an undergraduate at King’s University College at Western University, then attended Saint Antony’s College at the University of Oxford, where I obtained my doctorate in British economic and social history. While at Oxford I was a Commonwealth Scholar and SSHRC Doctoral Fellow.

I live in Toronto, Canada, with my husband and children, and share my home office with Ellie the sheepdog and her feline companions Sam and Mika.