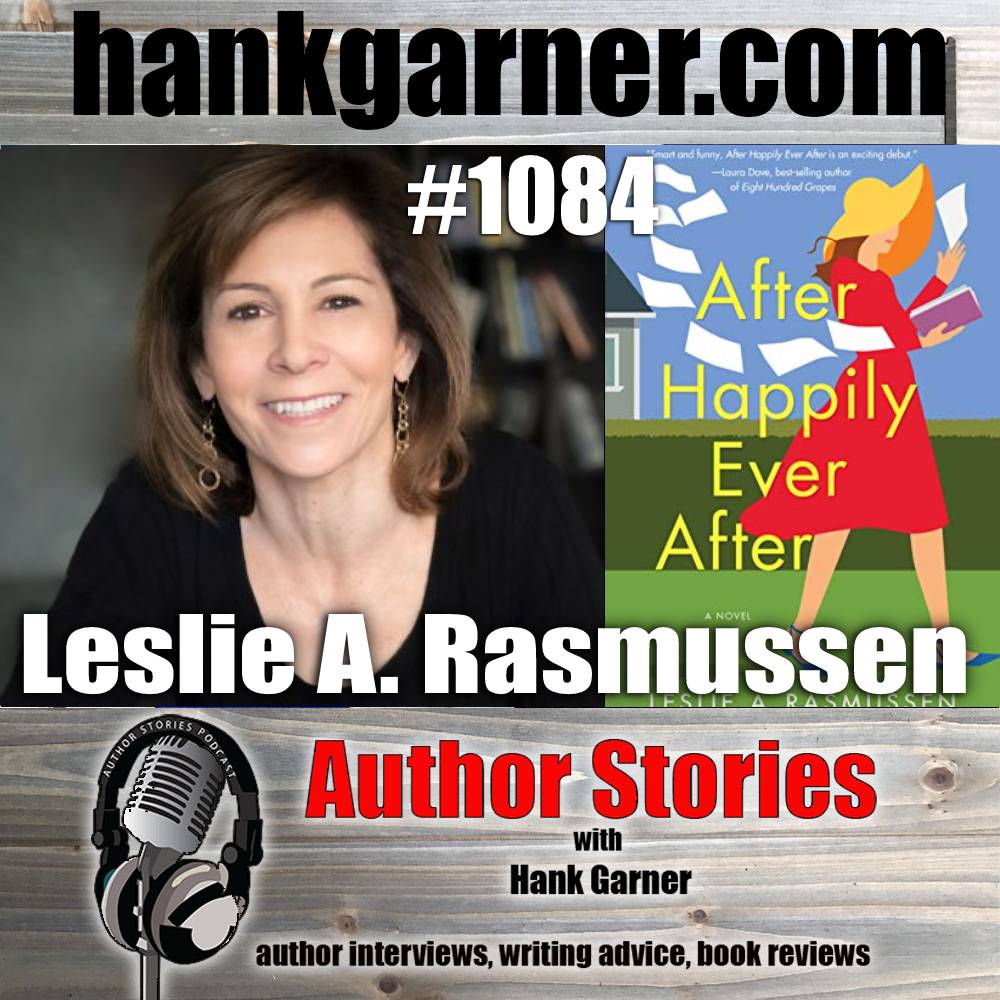 Today’s author interview guest is Leslie A. Rasmussen, author of After Happily Ever After.

Maggie Dolin is forty-five and isn’t dealing with getting older very well. Seventeen years ago, she gave up her job in publishing to raise her daughter, Gia—but now her only child is about to leave for college, and Maggie isn’t sure what her new purpose will be. She’s been the caretaker and nurturer for so long that she can’t even remember the last time someone took care of her. She wishes Jim, her husband of nineteen years, would take that role on—but he’s been distracted and disconnected, and she’s convinced he’s hiding something from her. Her self-involved, judgmental mother and resentful brother, meanwhile, are certainly no help, and her father—the only person in her life who’s always been there for her and asked nothing in return—is dealing with increasingly serious health issues, leaving Maggie without her rock.

As all these stressors pile on, a chance meeting with a younger man causes Maggie to act in a way that is completely out of character for her. As she gets deeper in, she’s forced to make some big decisions about what she wants and deserves—decisions that could change her life forever.

After Happily Ever After deals with love, marriage, family, the empty nest, aging parents and what happens when they all come crashing down at the same time.

Leslie A. Rasmussen was born and raised in Los Angeles, California. She graduated with a bachelors from UCLA in Communications and went on to write television comedies for Gerald McRaney, Burt Reynolds, Roseanne Barr,  Norm McDonald, Drew Carey, and Ralph Macchio as well as The Wild Thornberrys and Sweet Valley High.  Later, she earned a master’s degree in nutrition and ran her own business for ten years. Most recently, Leslie  has written personal essays for online magazines such as Huffington Post, Maria Shriver and Sheknows.  Leslie loves dogs and besides having two adorable Labradors, she volunteers at The Burbank Animal Shelter,  in Burbank, California.  Leslie lives in Los Angeles and has two sons, and a husband she’s been with since college.