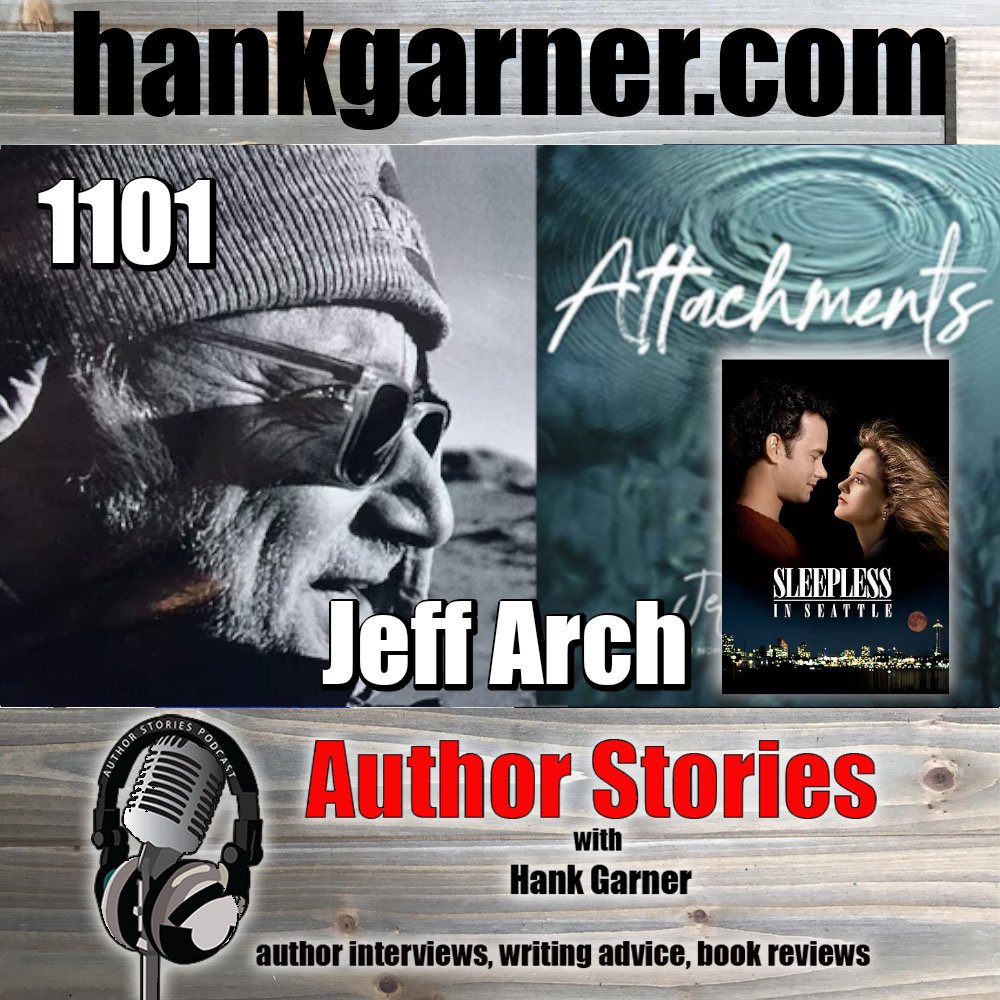 On today’s show, I am joined by Jeff Arch, author of Sleepless in Seattle and the new novel Attachments.

At a boarding school in Pennsylvania, a deathbed request from the school’s dean brings three former students back to campus, where secrets and betrayals from the past are brought out into the open—secrets that could have a catastrophic effect on the dean’s eighteen-year-old son.

Told in alternating points of view and time frames, Attachments is the story of best friends Stewart (“Goody”) Goodman, Sandy (“Pick”) Piccolo, and Laura Appleby, the girl they both love. The friends meet in 1972 at a boarding school in coal-country Pennsylvania where they encounter Henry Griffin, the school dean, whose genuine fatherly interest and deep human bond with them is so strong that when he has a severe stroke almost twenty years later, he uses what could be his last words ever to call out their names.

Attachments is a puzzle—and the only one who knows how all the pieces fit is in a coma. In the process, longtime secrets are unearthed, revelations come out into the open, and Young Chip Griffin is about to learn something he may or may not be able to handle.

Jeff Arch grew up in Harrisburg, Pennsylvania, where he spent two of his high school years at a boarding school much like the one depicted in Attachments. In the ’70s, he studied film/tv/theater production at Emerson College in Boston and then moved to Los Angeles, where he worked as a concert lighting designer and toured the country with national rock and reggae acts while teaching himself to write screenplays on the side. Years later, married and with a young family, he was teaching high school English and running a martial arts school when heard the call to write again; in 1989, he sold the school he’d built, rented a small office, and gave himself one year to write three screenplays.

The second of those―a quirky romantic comedy where the two lovers don’t even meet until the very last page―sold almost immediately, and Sleepless in Seattle became a surprise megahit worldwide. For his screenplay, Jeff was nominated for an Oscar, as well as for Writers Guild and BAFTA awards, among others. His other credits include the Disney adventure film Iron Will, New Line’s romantic comedy Sealed With a Kiss, and the independent comedy Dave Barry’s Complete Guide to Guys. His script for Saving Milly, based on Mort Kondracke’s searing memoir, earned the 2005 Humanitas Nomination, an honor Jeff treasures. Jeff is a father, stepfather, father-in-law, and grandfather and is based in Malibu. Attachments is Jeff’s first novel.