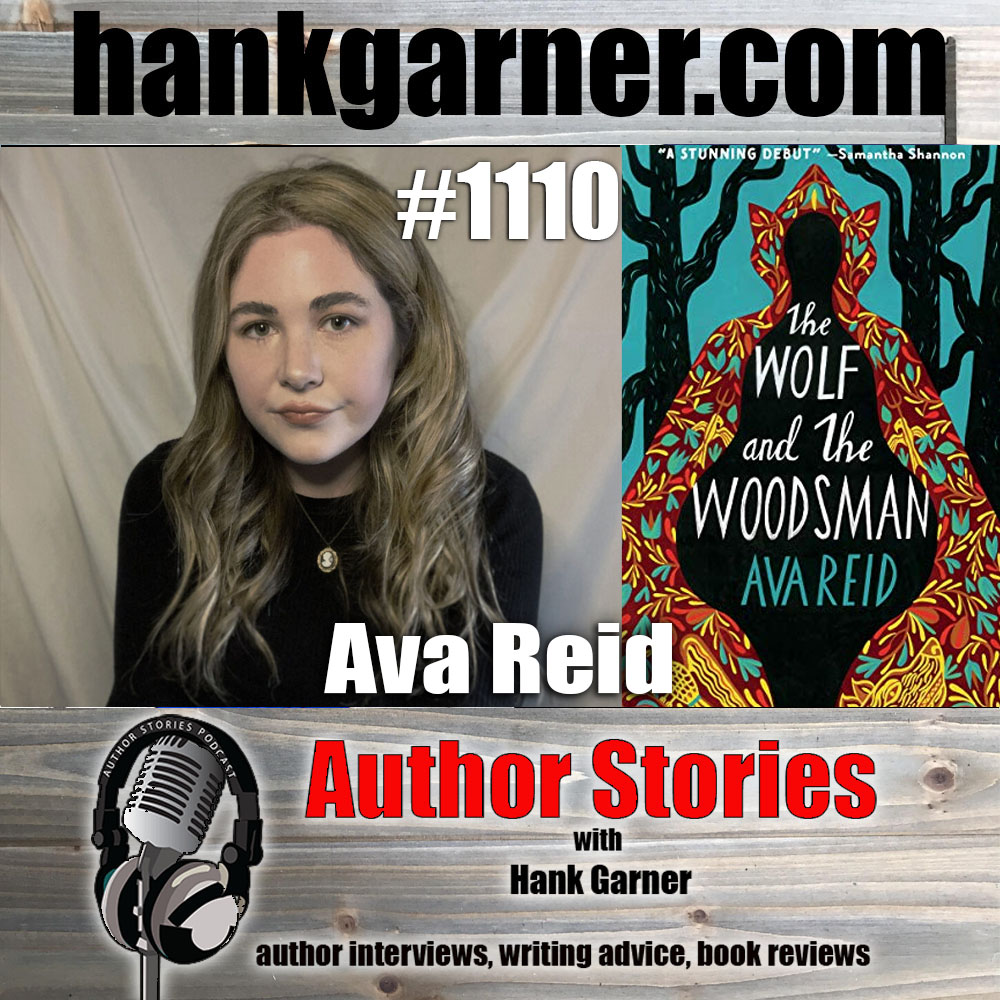 Today’s author interview guest is Ava Reid, author of The Wolf and the Woodsman.

In the vein of Naomi Novik’s New York Times bestseller Spinning Silver and Katherine Arden’s national bestseller The Bear and the Nightingale, this unforgettable debut— inspired by Hungarian history and Jewish mythology—follows a young pagan woman with hidden powers and a one-eyed captain of the Woodsmen as they form an unlikely alliance to thwart a tyrant.

In her forest-veiled pagan village, Évike is the only woman without power, making her an outcast clearly abandoned by the gods. The villagers blame her corrupted bloodline—her father was a Yehuli man, one of the much-loathed servants of the fanatical king. When soldiers arrive from the Holy Order of Woodsmen to claim a pagan girl for the king’s blood sacrifice, Évike is betrayed by her fellow villagers and surrendered.

But when monsters attack the Woodsmen and their captive en route, slaughtering everyone but Évike and the cold, one-eyed captain, they have no choice but to rely on each other. Except he’s no ordinary Woodsman—he’s the disgraced prince, Gáspár Bárány, whose father needs pagan magic to consolidate his power. Gáspár fears that his cruelly zealous brother plans to seize the throne and instigate a violent reign that would damn the pagans and the Yehuli alike. As the son of a reviled foreign queen, Gáspár understands what it’s like to be an outcast, and he and Évike make a tenuous pact to stop his brother.

As their mission takes them from the bitter northern tundra to the smog-choked capital, their mutual loathing slowly turns to affection, bound by a shared history of alienation and oppression. However, trust can easily turn to betrayal, and as Évike reconnects with her estranged father and discovers her own hidden magic, she and Gáspár need to decide whose side they’re on, and what they’re willing to give up for a nation that never cared for them at all.

AVA REID was born in Manhattan and raised right across the Hudson River in Hoboken, New Jersey, but currently lives in Palo Alto. She has a degree in political science from Barnard College, focusing on religion and ethnonationalism. She has worked for a refugee resettlement organization, for a U.S. senator, and, most recently, for an AI robotics startup. The Wolf and the Woodsman is her first novel.