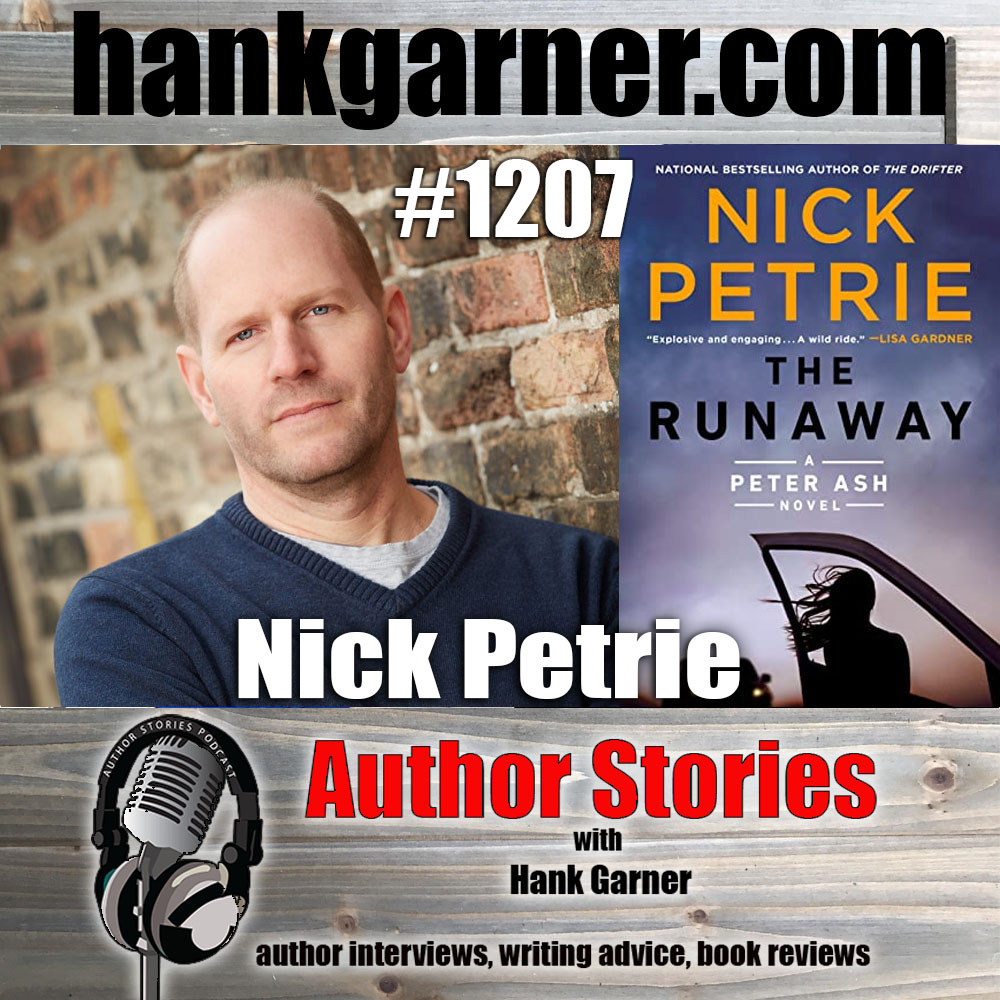 On today’s show we welcome Nick Petrie back to talk about his new book The Runaway.

“Petrie has a preternatural talent for ratcheting up suspense.”–New York Times Book Review

When Peter Ash rescues a stranded woman, he finds she’s in far deeper trouble than he could ever imagine in the powerful new thriller in this bestselling and award-winning series.

War veteran Peter Ash is driving through northern Nebraska when he encounters a young pregnant woman alone on a gravel road, her car dead. Peter offers her a lift, but what begins as an act of kindness soon turns into a deadly cat-and-mouse chase across the lonely highways with the woman’s vicious ex-cop husband hot on their trail. The pregnant woman has seen something she was never meant to see . . . but protecting her might prove to be more than Peter can handle.

In order to save the woman and himself, Peter must use everything he has learned during his time as a Marine, including his knowledge of human nature, in order to escape a ruthless killer with instincts and skills that match—and perhaps exceed—Peter’s own.

Nick Petrie received his MFA in fiction from the University of Washington and won a Hopwood Award for short fiction while an undergraduate at the University of Michigan. His story “At the Laundromat” won the 2006 Short Story Contest in The Seattle Review, a national literary journal.

His first novel, The Drifter, won the ITW Thriller and Barry Awards, and was nominated for Edgar, Anthony, and Hammett Awards. He won the 2016 Literary Award from the Wisconsin Library Association and was named one of Apple’s 10 Writers to Read in 2017. Light It Up was named the Best Thriller of 2018 by Apple Books. Both Light it Up and The Wild One were shortlisted for the Barry Award.

His books in the Peter Ash series are The Drifter, Burning Bright, Light It Up, Tear It Down, The Wild One, The Breaker, and The Runaway. A husband and father, he has worked as a carpenter, remodeling contractor, and building inspector. He lives in Milwaukee, where he is hard at work on the next Peter Ash novel.