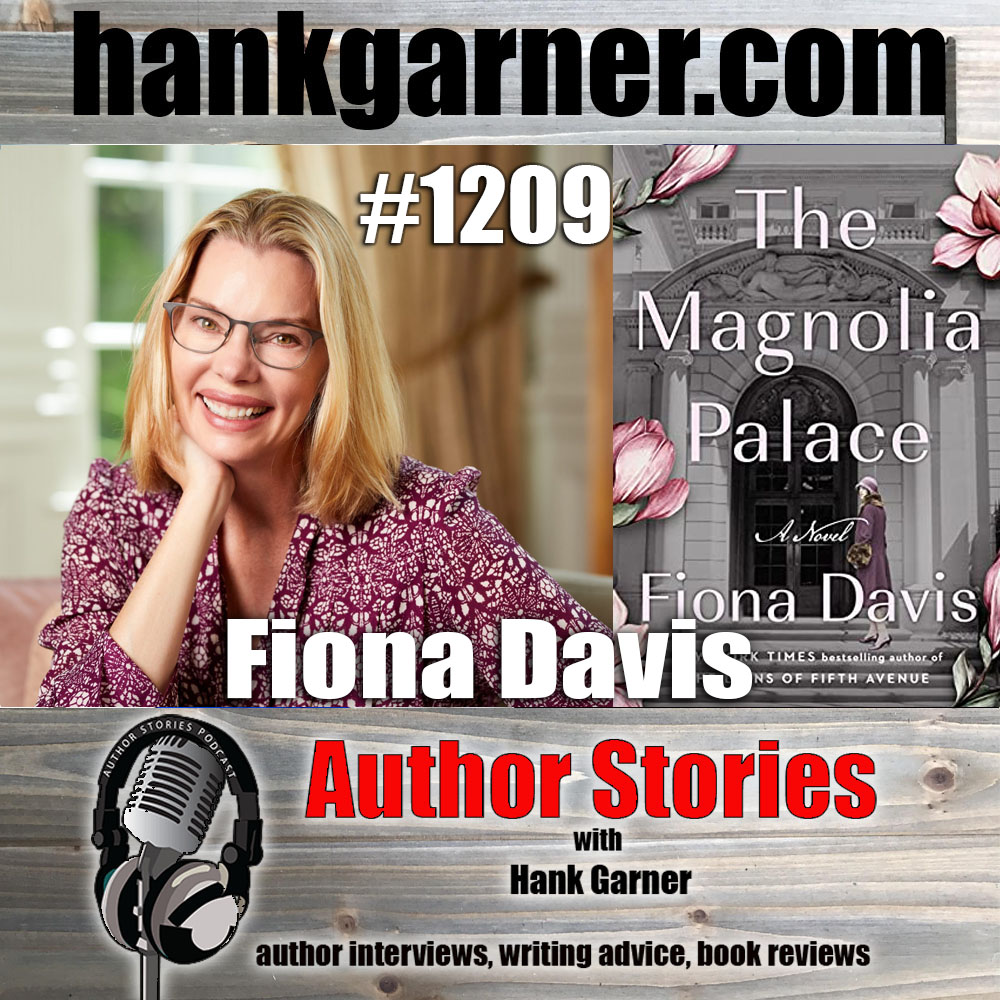 Today I am happy to welcome back friend of the show Fiona Davis to talk about her new book The Magnolia Palace.

Fiona Davis, New York Times bestselling author of The Lions of Fifth Avenue, returns with a tantalizing novel about the secrets, betrayal, and murder within one of New York City’s most impressive Gilded Age mansions.

Eight months since losing her mother in the Spanish flu outbreak of 1919, twenty-one-year-old Lillian Carter’s life has completely fallen apart. For the past six years, under the moniker Angelica, Lillian was one of the most sought-after artists’ models in New York City, with statues based on her figure gracing landmarks from the Plaza Hotel to the Brooklyn Bridge. But with her mother gone, a grieving Lillian is rudderless and desperate—the work has dried up and a looming scandal has left her entirely without a safe haven. So when she stumbles upon an employment opportunity at the Frick mansion—a building that, ironically, bears her own visage—Lillian jumps at the chance. But the longer she works as a private secretary to the imperious and demanding Helen Frick, the daughter and heiress of industrialist and art patron Henry Clay Frick, the more deeply her life gets intertwined with that of the family—pulling her into a tangled web of romantic trysts, stolen jewels, and family drama that runs so deep, the stakes just may be life or death.

Nearly fifty years later, mod English model Veronica Weber has her own chance to make her career—and with it, earn the money she needs to support her family back home—within the walls of the former Frick residence, now converted into one of New York City’s most impressive museums. But when she—along with a charming intern/budding art curator named Joshua—is dismissed from the Vogue shoot taking place at the Frick Collection, she chances upon a series of hidden messages in the museum: messages that will lead her and Joshua on a hunt that could not only solve Veronica’s financial woes, but could finally reveal the truth behind a decades-old murder in the infamous Frick family.

FIONA DAVIS is the New York Times bestselling author of six historical fiction novels set in iconic New York City buildings, including The Dollhouse, The Address, and The Lions of Fifth Avenue, which was a Good Morning America book club pick. Her novels have been chosen as “One Book, One Community” reads and her articles have appeared in publications like The Wall Street Journal and O the Oprah magazine.

She first came to New York as an actress, but fell in love with writing after getting a master’s degree at Columbia Journalism School. Her books have been translated into over a dozen languages and she’s based in New York City.