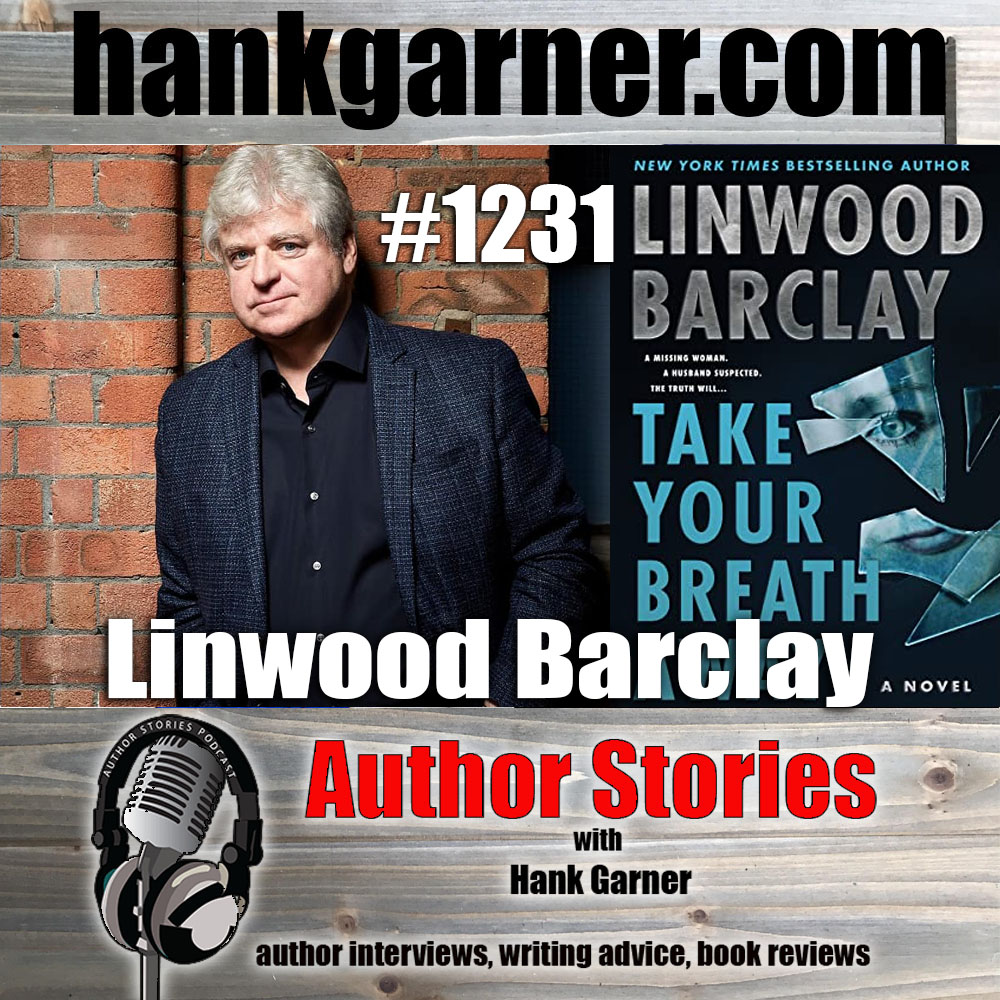 Today’s author interview guest is Linwood Barclay, author of Take Your Breath Away.

A missing woman. A husband suspected. The truth will . . .

TAKE YOUR BREATH AWAY

From the New York Times bestselling author of Find You First and Elevator Pitch comes a gripping psychological thriller about a formerly missing woman who has suddenly returned under mysterious circumstances.

One weekend, while Andrew Mason was on a fishing trip, his wife, Brie, vanished without a trace. Most everyone assumed Andy had got away with murder—it’s always the husband, isn’t it?—but the police could never build a strong case against him. For a while, Andy hit rock bottom—he drank too much to numb the pain, was abandoned by all his friends save one, nearly lost his business, and became a pariah in the place he once called home.

Now, six years later, Andy has finally put his life back together. He sold the house he once shared with Brie and moved away. To tell the truth, he wasn’t sad to hear that the old place was razed and a new house built on the site. He’s settled down with a new partner, Jayne, and life is good.

But Andy’s peaceful world is about to shatter. One day, a woman shows up at his old address, screaming, “Where’s my house? What’s happened to my house?” And then, just as suddenly as she appeared, the woman—who bears a striking resemblance to Brie—is gone. The police are notified and old questions—and dark suspicions—resurface.

Could Brie really be alive after all these years? If so, where has she been? It soon becomes clear that Andy’s future and the lives of those closest to him depend on discovering what the hell is going on. The trick will be whether he can stay alive long enough to unearth the answers.

Linwood Barclay, a New York Times bestselling author with twenty novels to his credit, spent three decades in newspapers before turning full time to writing thrillers. His books have been translated into more than two dozen languages, sold millions of copies, and he counts Stephen King among his fans. Many of his books have been optioned for film and TV, a series has been made in France, and he wrote the screenplay for the film based on his novel Never Saw it Coming. Born in the US, his parents moved to Canada just as he was turning four, and he’s lived there ever since. He lives near Toronto with his wife, Neetha. They have two grown children.