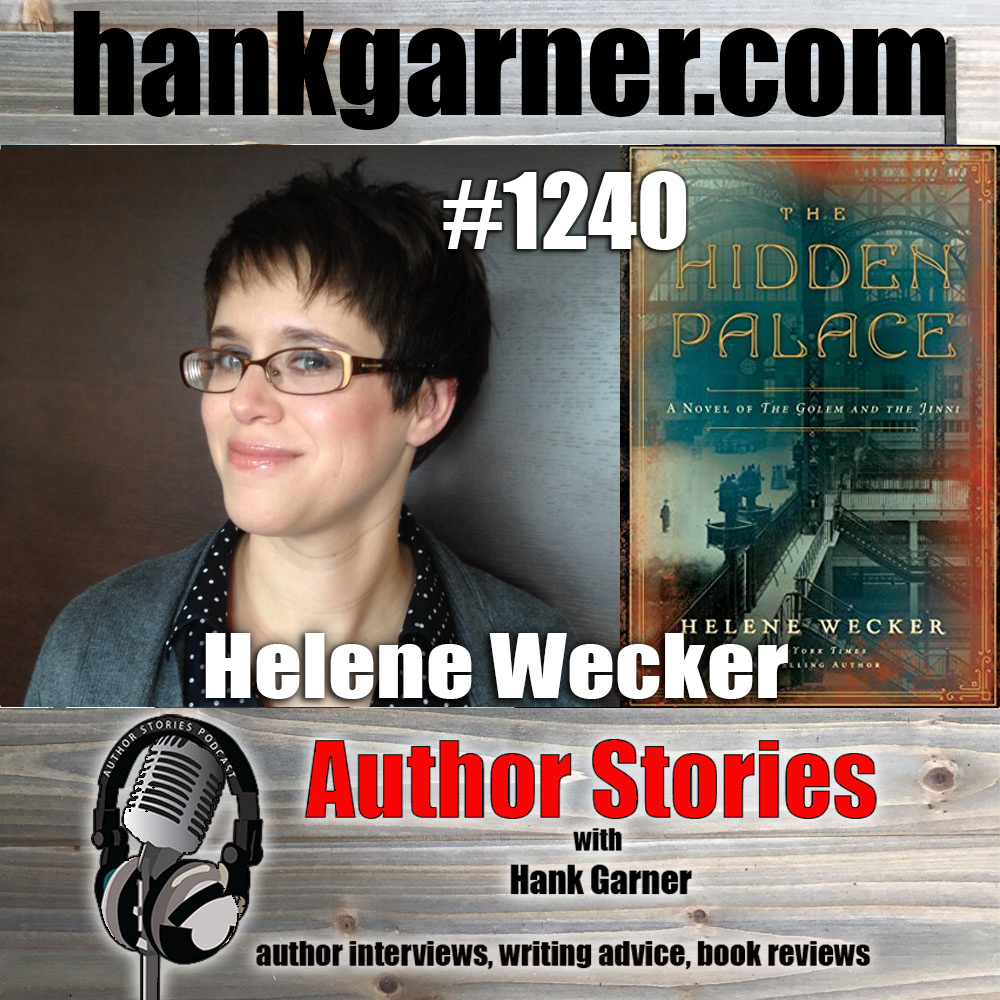 Today’s author interview guest is Helene Wecker, author of The Hidden Palace: A Novel of the Golem and the Jinni.

“Richly nuanced and beautiful. . . . An immersive and magical tale of loneliness, love, and finding hope.” (Buzzfeed)

“A layered novel of many complex characters…To keep their worlds safe, Chava and Ahmad must access both their greatest supernatural powers and their deepest human impulses.” (Historical Novels Review)

In this enthralling historical epic, set in New York City and the Middle East in the years leading to World War I— the long-awaited follow-up to the acclaimed New York Times bestseller The Golem and the Jinni—Helene Wecker revisits her beloved characters Chava and Ahmad as they confront unexpected new challenges in a rapidly changing human world.

Chava is a golem, a woman made of clay, who can hear the thoughts and longings of those around her and feels compelled by her nature to help them. Ahmad is a jinni, a restless creature of fire, once free to roam the desert but now imprisoned in the shape of a man. Fearing they’ll be exposed as monsters, these magical beings hide their true selves and try to pass as human—just two more immigrants in the bustling world of 1900s Manhattan. Brought together under calamitous circumstances, their lives are now entwined—but they’re not yet certain of what they mean to each other.

Both Chava and Ahmad have changed the lives of the people around them. Park Avenue heiress Sophia Winston, whose brief encounter with Ahmad left her with a strange illness that makes her shiver with cold, travels to the Middle East to seek a cure. There she meets Dima, a tempestuous female jinni who’s been banished from her tribe. Back in New York, in a tenement on the Lower East Side, a little girl named Kreindel helps her rabbi father build a golem they name Yossele—not knowing that she’s about to be sent to an orphanage uptown, where the hulking Yossele will become her only friend and protector.

Spanning the tumultuous years from the turn of the twentieth century to the beginning of World War I, The Hidden Palace follows these lives and others as they collide and interleave. Can Chava and Ahmad find their places in the human world while remaining true to each other? Or will their opposing natures and desires eventually tear them apart—especially once they encounter, thrillingly, other beings like themselves?

Helene Wecker’s first novel, The Golem and the Jinni, was awarded the Mythopoeic Award for Adult Literature, the VCU Cabell Award for First Novel, and the Harold U. Ribalow Prize, and was nominated for a Nebula Award and a World Fantasy Award. A Midwest native, she holds a B.A. in English from Carleton College and an M.F.A. in Fiction Writing from Columbia University. Her work has appeared in literary journals such as Joyland and Catamaran, as well as the fantasy anthology The Djinn Falls in Love and Other Stories. She currently lives in the San Francisco Bay Area with her husband and children.