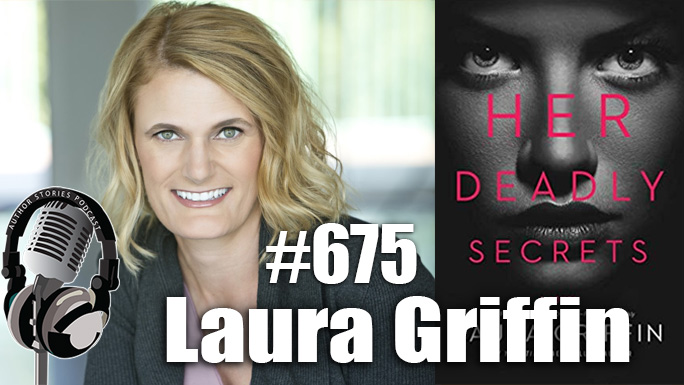 Today’s author interview is with Laura Griffin, author of Her Deadly Secrets.

A young private investigator discovers the price of keeping deadly secrets when a ruthless killer sets his sights on her in this pulse-pounding thriller from the USA TODAY and New York Times bestselling author of the Tracers series.

Private investigator Kira Vance spends her days navigating the intricate labyrinth of Houston’s legal world, and she knows all of its shadowy players and dark secrets.

On a seemingly normal day, she’s delivering a report to her top client when suddenly everything goes sideways and the meeting ends in a bloodbath. Twenty-four hours later, the police have no suspects but one thing is clear: a killer has Kira in his sights.

Fiercely independent, Kira doesn’t expect—or want—help from anyone, least of all an unscrupulous lawyer and his elite security team. Instead, she launches her own investigation, hoping to uncover the answers that have eluded the police. But as Kira’s hunt for clues becomes more and more perilous, she realizes that she alone may hold the key to finding a vicious murderer. And she knows she must take help wherever she can find it if she wants to stay alive…

Laura Griffin is the New York Times and USA Today bestselling author of more than twenty books. She is a two-time RITA Award winner, and her book Desperate Girls was named one of the Best Books of 2018 by Publishers Weekly. Booklist magazine calls Laura’s popular Tracers series “the perfect mix of suspense and romance.”

Laura got her start in journalism before venturing into the world of romance fiction. She lives in Austin, Texas, where she is working on her next novel. Visit her website at http://www.lauragriffin.com and on Facebook at http://www.facebook.com/LauraGriffinAuthor

To hear about new releases, sign up for Laura’s newsletter at: http://lauragriffin.com/subscribe/