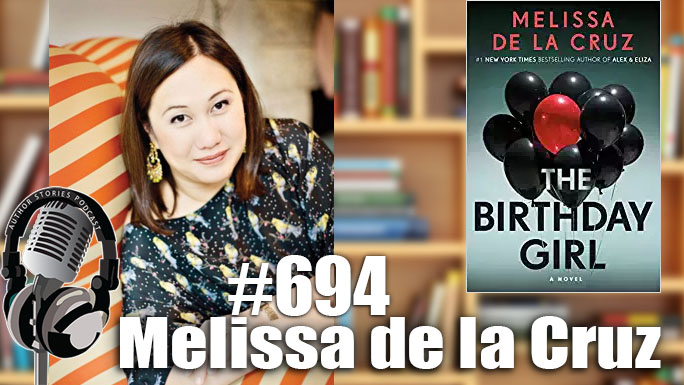 In the thrilling, suspenseful new novel from the #1 New York Times bestselling author Melissa de la Cruz, all of Ellie de Florent-Stinson’s secrets come to light in one eventful evening full of twists, turns, and surprises.

Before she became a glamorous fashion designer, Ellie de Florent-Stinson was a trailer-park teen about to turn sixteen. But a night of birthday celebration doesn’t go exactly as planned and descends into a night she’ll never be able to forget.

Now, on the cusp of her fortieth birthday, it appears Ellie has everything she ever wanted: a handsome husband; an accomplished, college-age stepdaughter; a beautiful ten-year-old girl; adorable and rambunctious six-year-old twin boys; lush, well-appointed homes in Los Angeles, Park City, and Palm Springs; a thriving career; and a dazzling circle of friends.

Except everything is not quite as perfect as it looks on the outside—Ellie is keeping many secrets. And hiding those skeletons has a cost, and it all comes to a head the night of her fabulous birthday party in the desert—where everyone who matters in her life shows up, invited or not. Old and new friends and frenemies, stepdaughters and business partners, ex-wives and ex-husbands congregate, and the glittering facade of Ellie’s life begins to crumble.

Beautifully paced and full of surprises, The Birthday Girl is an enthralling tale of a life lived in shadow and its unavoidable consequences.

De la Cruz is the author of the Blue Bloods series (with three million copies in print), among many others. Her first series for adults launched with Witches of East End, which People magazine called a “bubbling cauldron of mystery and romance.” The bestseller was followed by Serpent’s Kiss and Winds of Salem.  Lifetime Television aired a two-season drama series based on Witches of East End,starring Julia Ormond, Jenna Dewan-Tatum, Rachel Boston and Mädchen Amick. De la Cruz’s young adult spin-off of the series, Summer on East End has also been optioned for television.