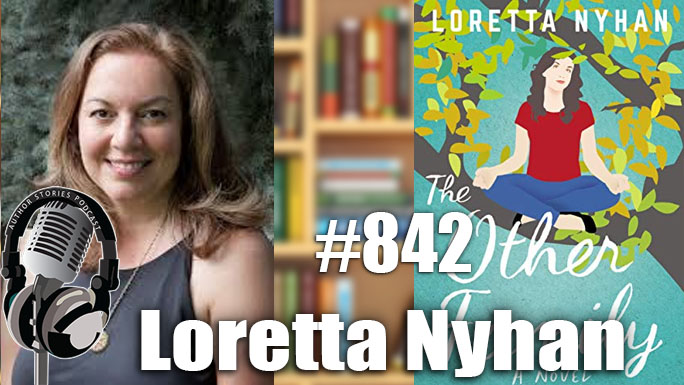 Today’s author interview guest is Loretta Nyhan, author of The Other Family.

From the bestselling author of Digging In comes a witty and moving novel about motherhood, courage, and finding true family.

With a dissolving marriage, strained finances, and her life in flux, Ally Anderson longs for normal. Her greatest concerns, though, are the health problems of her young daughter, Kylie. Symptoms point to a compromised immune system, but every doctor they’ve seen has a different theory. Then comes hope for some clarity.

It’s possible that Kylie’s illness is genetic, but Ally is adopted. A DNA test opens up an entirely new path. And where it leads is a surprise: to an aunt Ally never knew existed. She’s a little wild, very welcoming, and ready to share more of the family history than Ally ever imagined.

Coping with a skeptical soon-to-be-ex husband, weathering the cautions of her own resistant mother, and getting maddeningly close to the healing Kylie needs, Ally is determined to regain control of her life. This is her chance to embrace uncertainty and the beauty of family—both the one she was born into and the one she chose.

Loretta Nyhan lives in the Chicago area with her family. THE OTHER FAMILY is her sixth novel. Previous titles include DIGGING IN, ALL THE GOOD PARTS, HOME FRONT GIRLS, EMPIRE GIRLS, and her novel for young adults, THE WITCH COLLECTOR.