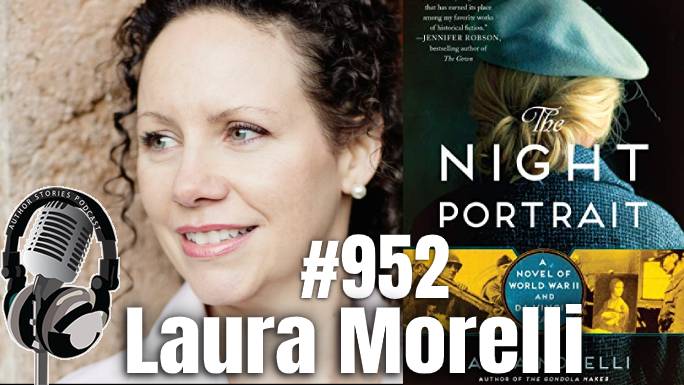 An exciting, dual-timeline historical novel about the creation of one of Leonardo da Vinci’s most famous paintings, Portrait of a Lady with an Ermine, and the woman who fought to save it from Nazi destruction during World War II.

Milan, 1492: When a 16-year old beauty becomes the mistress of the Duke of Milan, she must fight for her place in the palace—and against those who want her out. Soon, she finds herself sitting before Leonardo da Vinci, who wants to ensure his own place in the ducal palace by painting his most ambitious portrait to date.

Munich, World War II: After a modest conservator unwittingly places a priceless Italian Renaissance portrait into the hands of a high-ranking Nazi leader, she risks her life to recover it, working with an American soldier, part of the famed Monuments Men team, to get it back.

Two women, separated by 500 years, are swept up in the tide of history as one painting stands at the center of their quests for their own destinies.

The first time I visited Venice as a wide-eyed teenager, I knew I was supposed to go home with Murano glass, but I had no idea why.

All I knew was that I was whisked to the famous “glass island” on an overcrowded, stinky boat. I waited behind two dozen tourists to pay an exorbitant price for a little glass fish–what a bewildering experience!

Still, it was the artistic traditions of the world that lured me to travel and inspired me to pursue art history. Today, my mission is to EDUCATE, ENTERTAIN, and INSPIRE with the stories of art history, both real and imagined.

Join me at lauramorelli.com to read a free story, take an online art history class, or to learn more about me and my work. Thank you!

Laura Morelli holds a Ph.D. in art history from Yale University and has taught college students in the United States and Europe. She is a longtime trusted guide in the world of cultural travel and authentic shopping, known for her Authentic Arts guidebook series that includes Made in Italy and other guides. She has been a columnist for National Geographic Traveler and Italy Magazine, and has also developed lessons for TED-Ed.

As a historical novelist, Laura’s passion is bringing the stories of art history to life. Her debut novel, The Gondola Maker, was one of the first independently published novels to earn a starred review in Publishers Weekly; it went on to win an IPPY Award and Benjamin Franklin Award. The Painter’s Apprentice was a finalist for the 2018 Writer’s Digest Self-Published Book Awards grand prize, and was an Editor’s Choice in the Historical Novels Review.