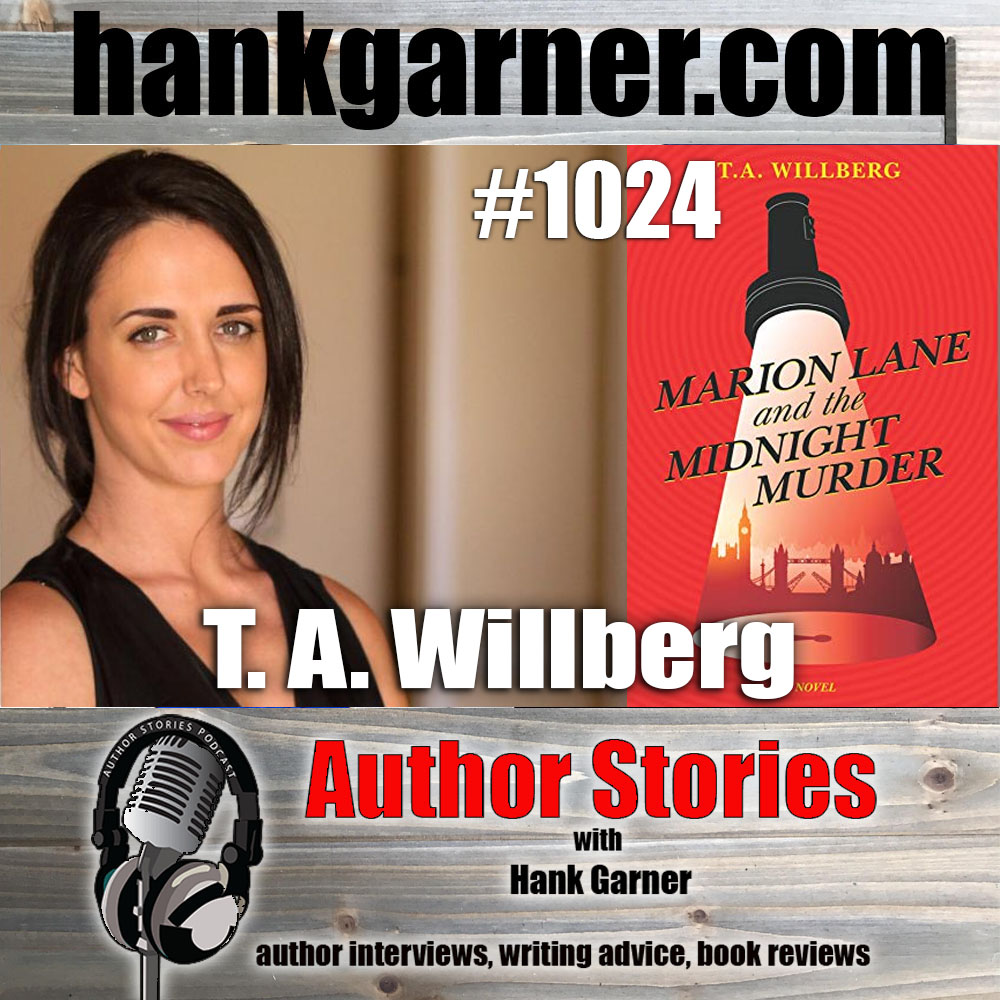 Today’s author interview guest is T. A. Willberg, author of Marion Lane and the Midnight Murder.

“This is the most fun I’ve had with a book this year. Every page is a delight and the mystery got its hooks into me from the first chapter.” – Stuart Turton, bestselling author of The 7½ Deaths of Evelyn Hardcastle

The letter was short. A name, a time, a place.

Marion Lane and the Midnight Murder plunges readers into the heart of London, to the secret tunnels that exist far beneath the city streets. There, a mysterious group of detectives recruited for Miss Brickett’s Investigations & Inquiries use their cunning and gadgets to solve crimes that have stumped Scotland Yard.

Late one night in April 1958, a filing assistant at Miss Brickett’s receives a letter of warning, detailing a name, a time, and a place. She goes to investigate but finds the room empty. At the stroke of midnight, she is murdered by a killer she can’t see—her death the only sign she wasn’t alone. It becomes chillingly clear that the person responsible must also work for Miss Brickett’s, making everyone a suspect.

Marion Lane, a first-year Inquirer-in-training, finds herself drawn ever deeper into the investigation. When her friend and colleague is framed for the crime, to clear his name she must sort through the hidden alliances at Miss Brickett’s and secrets dating back to WWII. Masterful, clever and deliciously suspenseful, Marion Lane and the Midnight Murder is a fresh take on the Agatha Christie-style locked-room murder mystery, with an exciting new heroine detective.

T.A. Willberg grew up on a small-holding in South Africa. At 27, she moved to Malta with her partner and wrote her debut novel, MARION LANE AND THE MIDNIGHT MURDER. Though the novel is set in London, much of the inspiration for the story setting arose from the labyrinthine corridors beneath Malta’s ancient capital – Valletta.

T.A. credits her father, a mechanical engineer from Germany, as the influence behind the novel’s many wondrous gadgets and her mother, after whom the protagonist is named, as the architect of her love for books and storytelling.

When not writing, or dreaming up mystical subterranean worlds, she is treating patients in her spinal therapy clinic or consuming unhealthy amounts of cake and wine.