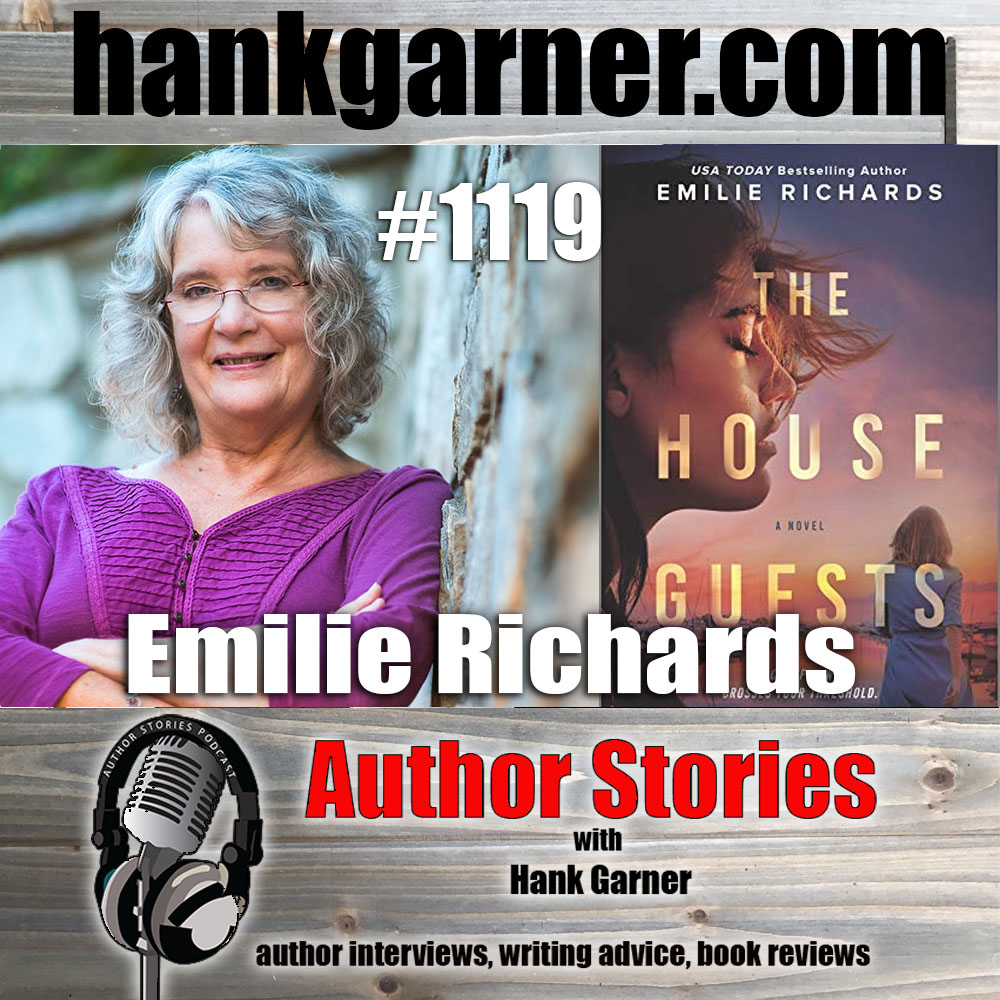 “A compelling page-turner one won’t want to put down.”—New York Journal of Books

In the wake of her husband’s sudden death, Cassie Costas finds her relationship with her teenage stepdaughter unraveling. After their move to historic Tarpon Springs, Florida, Savannah hates her new town, her school and most of all her stepmom, whom she blames for her father’s death. Cassie has enough to contend with as she searches for answers about the man she shared a life with, including why all their savings have disappeared.

When Savannah’s rebellion culminates in an act that leaves single mother Amber Blair and her sixteen-year-old son homeless, Cassie empathizes with the woman’s predicament and invites the strangers to move in. As their lives intertwine, Cassie realizes that Amber is hiding something. She’s evasive about her past, but the fear in her eyes tells a darker story. Cassie wonders what the woman living under her roof is running from…and what will happen if it finally catches up to her.

People often ask if my books, particularly the Ministry is Murder series, are autobiographical. Think how much easier and shorter this bio would be if they were, and how much more interesting? I could be one of three sisters running an Irish-American bar, recently divorced from a man who came into our marriage with dark secrets and newly married to a minister in a town with a surprisingly high murder rate. For fun I could dive for perfect Australian pearls, make spectacular quilts, ride to the hounds, and outwit hurricanes while stirring gumbo with the hand not holding a needle and thread.

In reality very little of that sounds familiar. I have a charming older brother but no sisters. My mother told me stories of her Irish father who wielded his beautiful tenor in many a bar in the Bronx, but never, to my knowledge, managed one. I’ve been happily married for many years, and if my husband has dark secrets, I have yet to discover them. He is a retired minister, but I never found a dead body on our porch or was asked to solve a murder. For this I’m particularly grateful.

And hobbies? I’ll confess to the quilts and the gumbo, although in all the years I lived a stone’s throw from Lake Pontchartrain in New Orleans, I never personally experienced a hurricane. I’m sorry to say that others did after I left and are still recovering.

I was raised in Florida, and after years in Louisiana, Virginia (twice), Pennsylvania and Ohio, I’m now a resident of the Sunshine State again, living on my very own Happiness Key. My husband and I met at Florida State and went on to marry and become VISTA volunteers in the Ozark Mountains of Arkansas, an experience that changed us forever. Anxious for a case of real culture shock, we moved to Berkeley, California, where Michael attended seminary and I fell through the looking glass.

Between protesting at People’s Park and buying groceries in backyard food cooperatives, we started our family, which eventually grew to include three sons and a daughter who came all the way from India to help me cure the testosterone poisoning in our household. All the children are grown now, and in the end, cleaned up nicely. They are easily my finest creative endeavor, and there are, I’m thrilled to say, two granddaughters and two grandsons, to boot.

In Roanoke, Virginia, my husband’s first church, I pursued a master’s degree in family development at Virginia Tech, and a career in mental health. By the time we were settled in New Orleans, I knew I needed a new profession, one I could pursue during the hours I was not making cupcakes or checking homework. I began writing just to please myself, realized I would be even more pleased if other people read me, and set out to make that happen. Seventy plus novels later, I think I’ve succeeded.

It’s a blessing and a curse to be interested in everything and want to try it all. I’ve written series romances, romantic suspense, futuristic fantasy, mysteries, and single title women’s fiction. I’ve penned light books, dramatic books, and books I hope to never see in English again. My works have been translated into a multitude of languages and formats and a number of them were made into television movies in Germany, where they’re still being shown.

The money and the awards have been lovely, but the biggest compensation is the process. Maybe the books aren’t autobiographical, at least not exactly. But they are, in the end, my very own fantasies. Committing them to paper is simply the greatest job in the world.