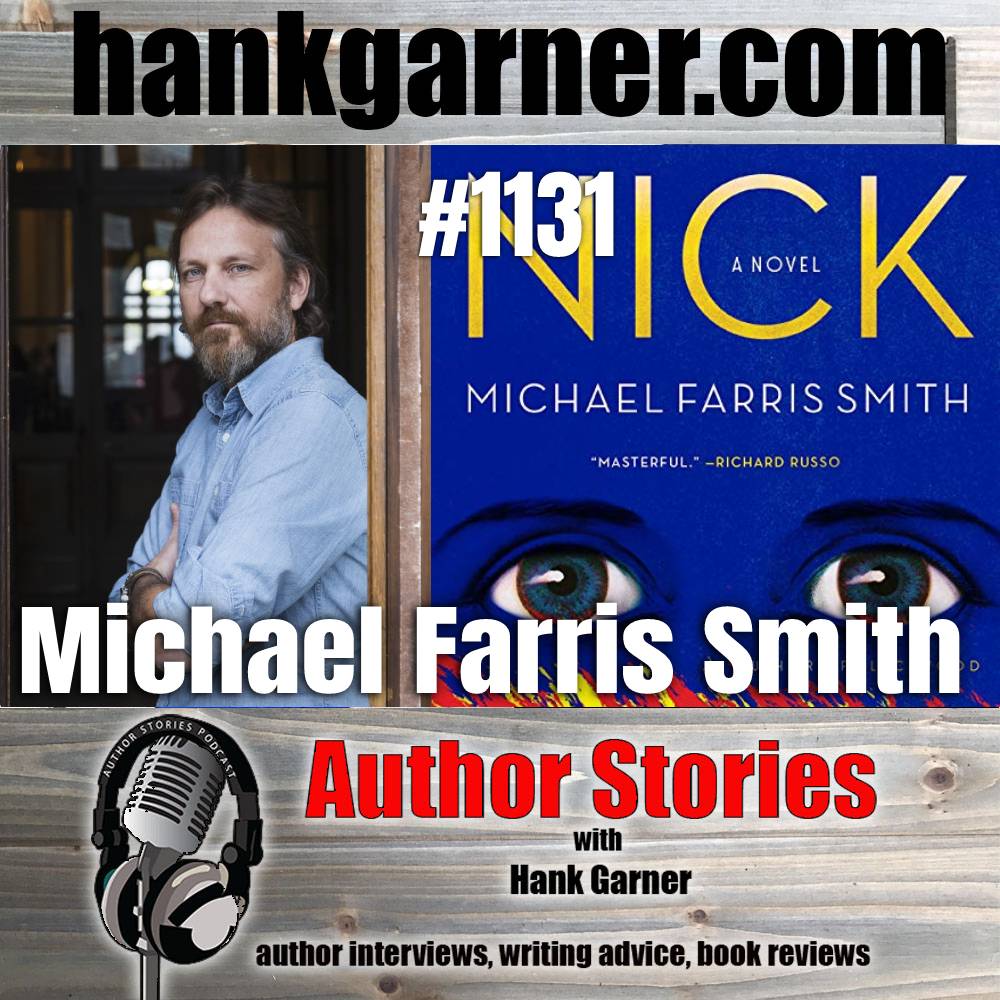 Today I am excited to welcome fellow Mississippian Michael Farris Smith to the show to talk about his new Gatsby prequel Nick, and much more.

Before Nick Carraway moved to West Egg and into Gatsby’s periphery, he was at the center of a very different story – one taking place along the trenches and deep within the tunnels of World War I.

Floundering in the wake of the destruction he witnessed firsthand, Nick delays his return home, hoping to escape the questions he cannot answer about the horrors of war. Instead, he embarks on a transcontinental redemptive journey that takes him from a whirlwind Paris romance – doomed from the very beginning – to the dizzying frenzy of New Orleans, rife with its own flavor of debauchery and violence.

An epic portrait of a truly singular era and a sweeping, romantic story of self-discovery, this rich and imaginative novel breathes new life into a character that many know but few have pondered deeply. Charged with enough alcohol, heartbreak, and profound yearning to paralyze even the heartiest of golden age scribes, Nick reveals the man behind the narrator who has captivated readers for decades.

Michael Farris Smith is the author of Blackwood,The Fighter,Desperation Road, Rivers, and The Hands of Strangers. His novels have appeared on Best of the Year lists in Esquire,Southern Living,Book Riot, and numerous other outlets, and have been named Indie Next, Barnes & Noble Discover, and Amazon Best of the Month selections. He has been a finalist for the Southern Book Prize, the Gold Dagger Awardin the UK, and the Grand Prix des Lectricesin France, and his essays have appeared in the New York Times, the Bitter Southerner, Garden & Gun, and more. He lives in Oxford, Mississippi, with his wife and two daughters. –This text refers to an out of print or unavailable edition of this title.