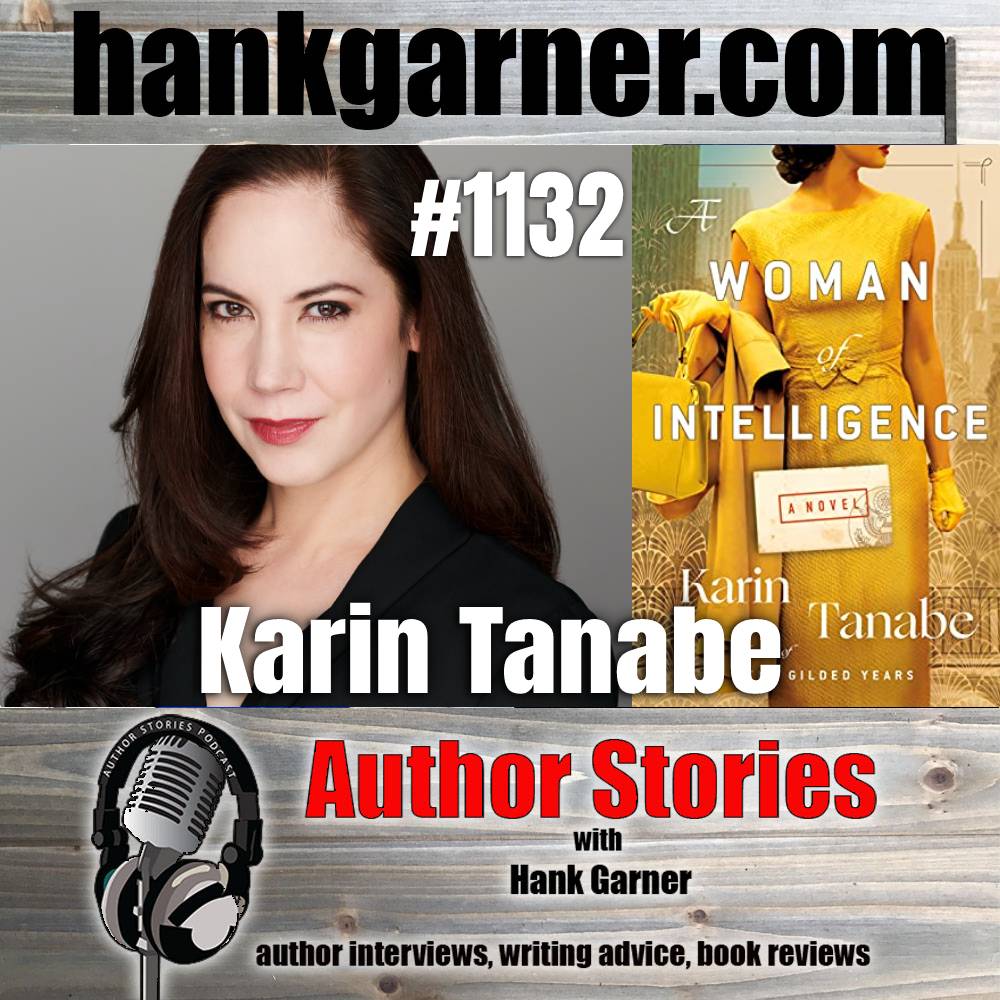 Today’s author interview guest is Karin Tanabe, author of A Woman of Intelligence.

From “a master of historical fiction” (NPR), Karin Tanabe’s A Woman of Intelligence is an exhilarating tale of post-war New York City, and one remarkable woman’s journey from the United Nations, to the cloistered drawing rooms of Manhattan society, to the secretive ranks of the FBI.

A Fifth Avenue address, parties at the Plaza, two healthy sons, and the ideal husband: what looks like a perfect life for Katharina Edgeworth is anything but. It’s 1954, and the post-war American dream has become a nightmare.

A born and bred New Yorker, Katharina is the daughter of immigrants, Ivy-League-educated, and speaks four languages. As a single girl in 1940s Manhattan, she is a translator at the newly formed United Nations, devoting her days to her work and the promise of world peace—and her nights to cocktails and the promise of a good time.

Now the wife of a beloved pediatric surgeon and heir to a shipping fortune, Katharina is trapped in a gilded cage, desperate to escape the constraints of domesticity. So when she is approached by the FBI and asked to join their ranks as an informant, Katharina seizes the opportunity. A man from her past has become a high-level Soviet spy, but no one has been able to infiltrate his circle. Enter Katharina, the perfect woman for the job.

Navigating the demands of the FBI and the secrets of the KGB, she becomes a courier, carrying stolen government documents from D.C. to Manhattan. But as those closest to her lose their covers, and their lives, Katharina’s secret soon threatens to ruin her.

With the fast-paced twists of a classic spy thriller, and a nuanced depiction of female experience, A Woman of Intelligence shimmers with intrigue and desire.

Karin Tanabe is the author of six novels, including A Hundred Suns and The Gilded Years (soon to be a major motion picture starring Zendaya, who will produce alongside Reese Witherspoon). A former Politico reporter, her writing has also appeared in The Washington Post, Miami Herald, Chicago Tribune, and Newsday. She has appeared as a celebrity and politics expert on Entertainment Tonight, CNN, and CBS Early Show. Karin is a graduate of Vassar College and lives in Washington, D.C.