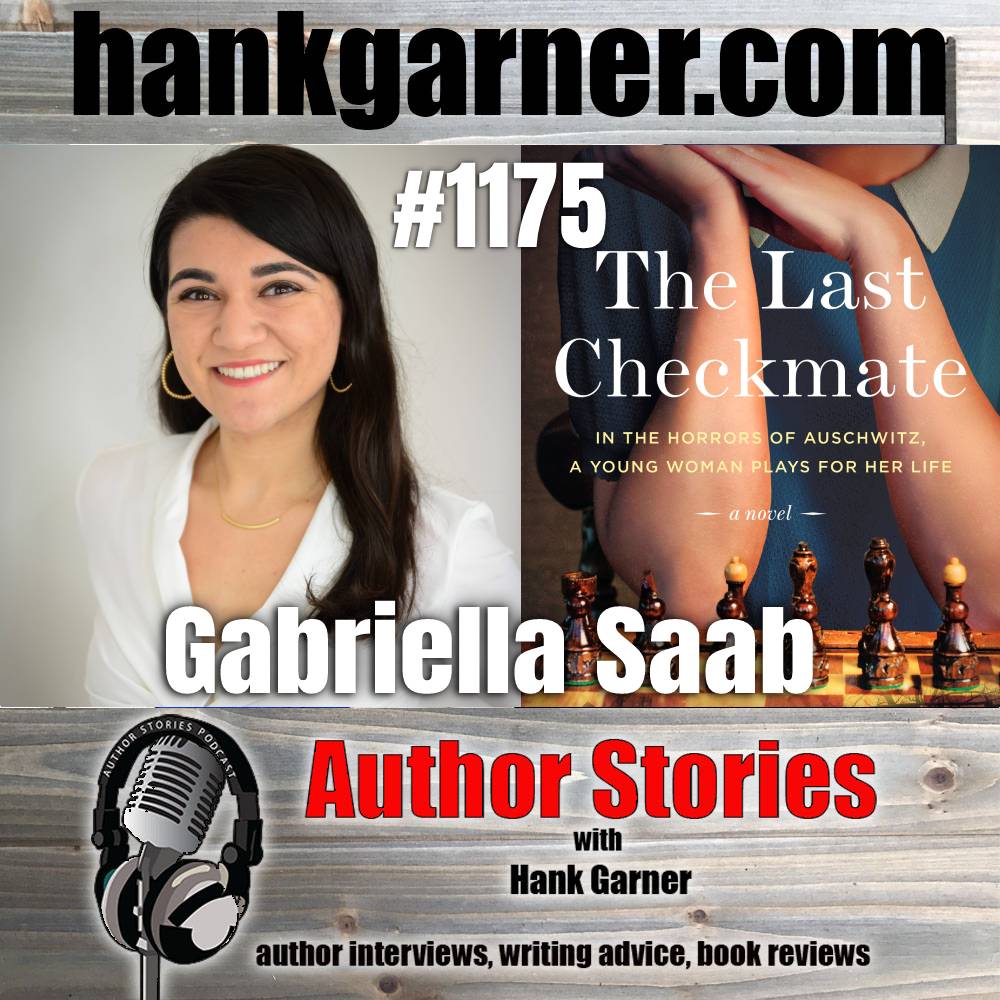 On today’s show, Gabriella Saab joins me to talk about her new book The Last Checkmate.

Readers of Heather Morris’s The Tattooist of Auschwitz and watchers of The Queen’s Gambit won’t want to miss this amazing debut set during World War II. A young Polish resistance worker, imprisoned in Auschwitz as a political prisoner, plays chess in exchange for her life, and in doing so fights to bring the man who destroyed her family to justice.

Maria Florkowska is many things: daughter, avid chess player, and, as a member of the Polish underground resistance in Nazi-occupied Warsaw, a young woman brave beyond her years. Captured by the Gestapo, she is imprisoned in Auschwitz, but while her family is sent to their deaths, she is spared. Realizing her ability to play chess, the sadistic camp deputy, Karl Fritzsch, decides to use her as a chess opponent to entertain the camp guards. However, once he tires of exploiting her skills, he has every intention of killing her.

Befriended by a Catholic priest, Maria attempts to overcome her grief, vows to avenge the murder of her family, and plays for her life. For four grueling years, her strategy is simple: Live. Fight. Survive. By cleverly provoking Fritzsch’s volatile nature in front of his superiors, Maria intends to orchestrate his downfall. Only then will she have a chance to evade the fate awaiting her and see him punished for his wickedness.

As she carries out her plan and the war nears its end, she challenges her former nemesis to one final game, certain to end in life or death, in failure or justice. If Maria can bear to face Fritzsch—and her past—one last time.

Gabriella Saab graduated from Mississippi State University with a bachelor’s of business administration in marketing and now teaches barre classes. In researching this novel, she traveled to Warsaw and Auschwitz to dig deeper into the experiences and settings of those who lived there. THE LAST CHECKMATE is her first novel.