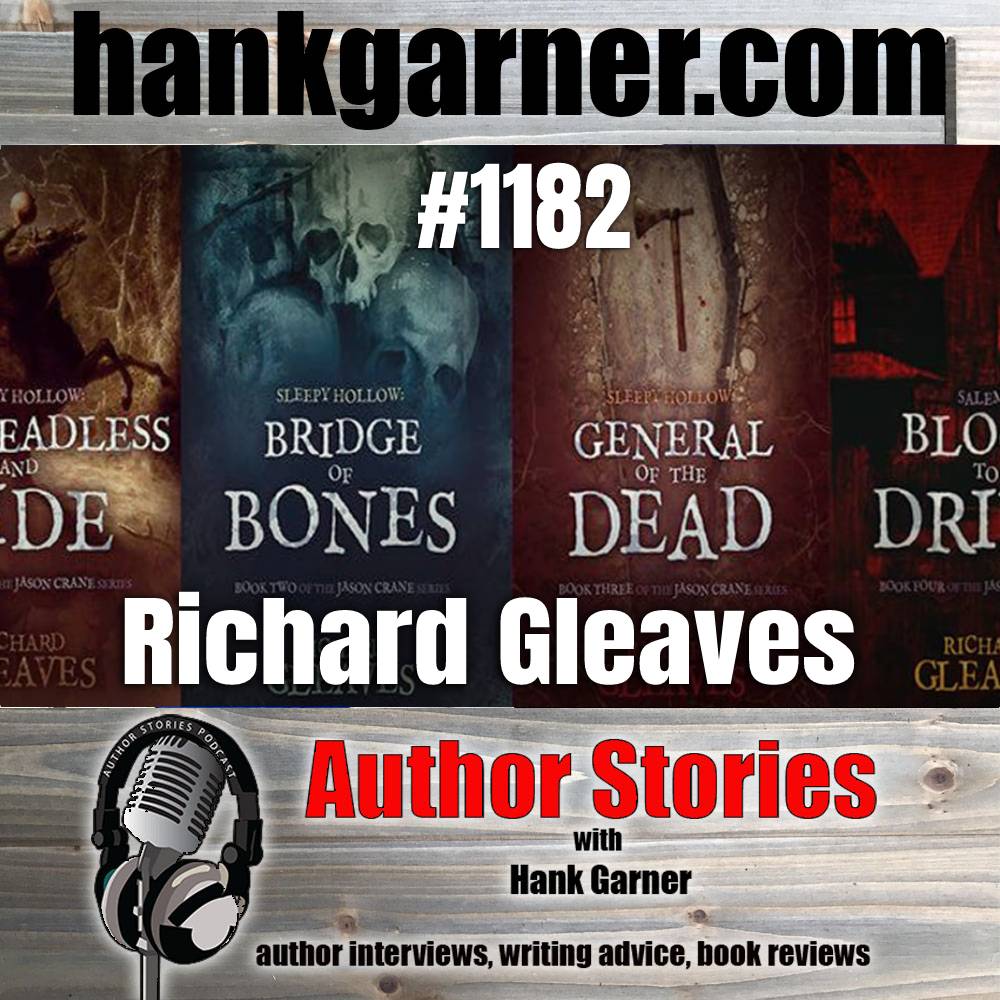 Happy Halloween! Come celebrate with us as I welcome Richard Gleaves back to the show to talk all about the Jasonverse.

Richard Gleaves never planned to be a novelist, but one Halloween he visited the real town of Sleepy Hollow and something bit him. He was standing in the Old Dutch Burying Ground, which according to legend is the site of the Horseman’s burial, when he was struck by a story, fully formed, about the last descendant of Ichabod Crane returning to Sleepy Hollow.

Returning home, he started typing. The full tale (3 enormous novels) took over half a million words and three years to achieve. The Jason Crane Sleepy Hollow Trilogy was written largely on site as Richard returned over and over to the Hollow, walking around the modern town with a tape recorder– rediscovering the haunts of Washington Irving, writing scenes at 2 a.m. while wandering the graves of the cemetery or dangling his legs off a broken colonial-era bridge deep in the woods.

Jason Crane’s Sleepy Hollow adventure was an adventure for its author as well, taking him down into old aqueducts, to historic societies and Hudson Valley landmarks. The “young adult” tone of Rise Headless and Ride gave way to darker mysteries and more adult themes in Bridge of Bones and General of the Dead and an entire universe opened up. A universe of hidden witches, a Great Curse, Headless Horseman, family secrets, murder, ancestral fortunes, puzzle locks, young love, and persistent everyday evils, all braided together into a Halloween epic that’s impossible to put down.

About Richard Gleaves: With Rise Headless and Ride, author Richard Gleaves started an epic journey into American folklore and history, and created a new universe of magic and mystery. Now we can explore the curious corners of Jason Crane’s world together here on Patreon, and ensure that the work keeps going. Four novels are finished, and with your help another five are planned. Thank you for your support and I hope you enjoy the exclusive content on this site. Join Richard’s Patreon here.