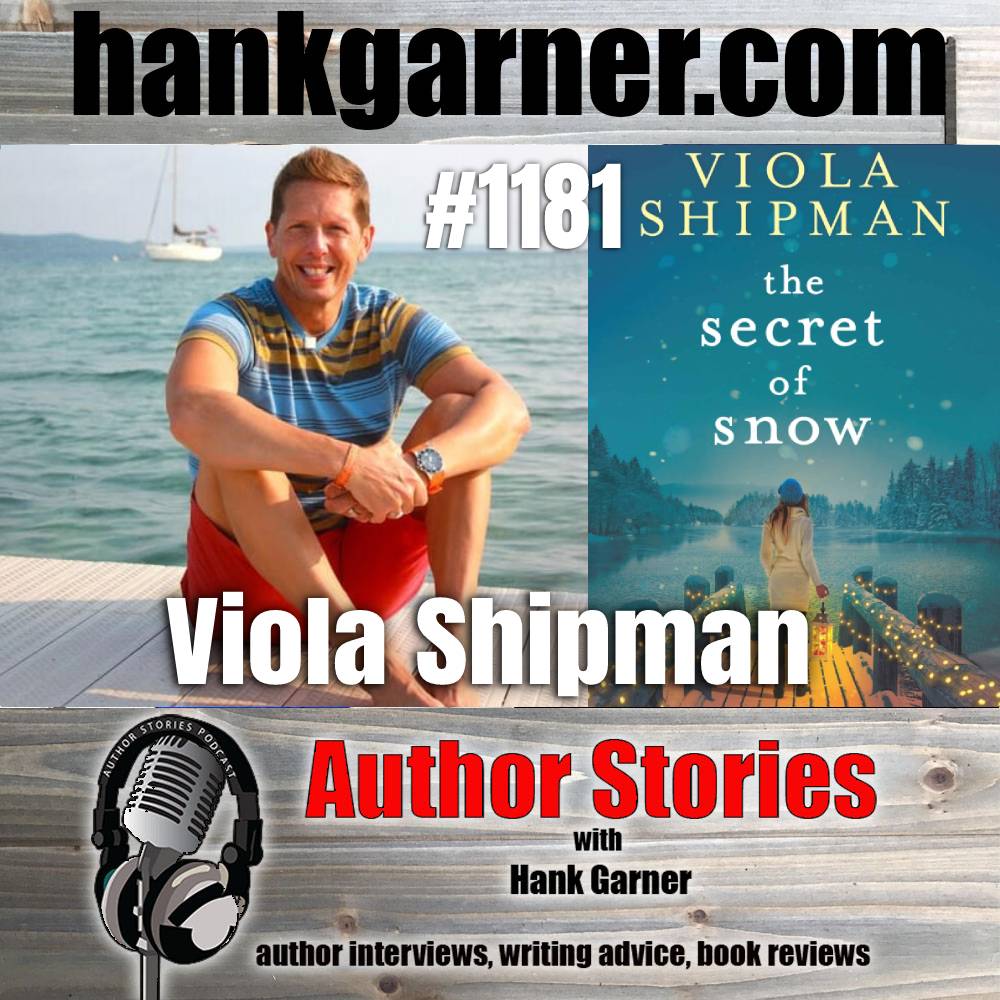 Today on the show I am joined by Viola Shipman (Wade Rouse) to talk about the new book The Secret Of Snow.

From the USA Today bestselling author of The Summer Cottage

“A beautifully written story about second chances. Fans of women’s fiction won’t be able to put this down.” —Publishers Weekly

When Sonny Dunes, a SoCal meteorologist whose job is all sunshine and seventy-two-degree days, is replaced by a virtual meteorologist that will never age, gain weight or renegotiate its contract, the only station willing to give the fifty-year-old another shot is the very place Sonny’s been avoiding since the day she left for college—her northern Michigan hometown.

Sonny grudgingly returns to the long, cold, snowy winters of her childhood…with the added humiliation of moving back in with her mother. Not quite an outsider but no longer a local, Sonny finds her past blindsiding her everywhere: from the high school friends she ghosted, to the former journalism classmate and mortal frenemy who’s now her boss, to, most keenly, the death years ago of her younger sister, who loved the snow.

To distract herself from the memories she’s spent her life trying to outrun, Sonny throws herself headfirst into covering every small-town winter event to woo a new audience, made more bearable by a handsome widower with optimism to spare. But with someone trying to undermine her efforts to rebuild her career, Sonny must make peace with who she used to be and allow her heart to thaw if she’s ever going to find a place she can truly call home.

WADE ROUSE is the internationally bestselling author of nine books, which have been translated into nearly 20 languages. Wade chose his grandmother’s name, Viola Shipman, as a pen name to honor the woman whose heirlooms and family stories inspire his fiction.

Wade’s novels include The Charm Bracelet, a 2017 Michigan Notable Book of the Year; The Hope Chest; and The Recipe Box. NYT bestselling author Dorothea Benton Frank says of Wade and his latest novel, The Summer Cottage: “Every now and then a new voice in fiction arrives to completely charm, entertain and remind us what matters. Viola Shipman is that voice and The Summer Cottage is that novel.”

Library Journal writes that Wade has “hit upon the perfect formula to tell heartwarming, inter-generational family stories by weaving together the lives, loves and history of family through cherished heirlooms.” He recently signed a three-book book deal with HarperCollins. His next novel, The Heirloom Garden, will publish in April 2020.

Wade’s books have been selected multiple times as Must-Reads by NBC’s Today Show, featured in the Washington Post, USA Today and on Chelsea Lately and have also been chosen three times as Indie Next Picks by the nation’s independent booksellers.

Also a noted humorist of four memoirs, Wade was a finalist for the Goodreads Choice Awards in Humor (he lost to Tina Fey) and was named by Writer’s Digest as “The #2 Writer, Dead or Alive, We’d Like to Have Drinks With” (Wade was sandwiched between Ernest Hemingway and Hunter Thompson).

Wade earned his B.A. from Drury University and his master’s in journalism from Northwestern University. He divides his time between Saugatuck, Michigan, and Palm Springs, California, and is also an acclaimed writing teacher who has mentored numerous students to become published authors.

THE STORY OF VIOLA SHIPMAN
My novels are a tribute to my Ozarks grandma, Viola Shipman. The jangling of her charm bracelet was as ever-present as the call of the whippoorwill, the scent of her hope chest as vivid as cedars after a spring rain, and her burnished wood recipe box stuffed with family recipes that still make my mouth water.

Her heirlooms, life, lessons and love not only inspire my fiction but also inspired me to become a writer and, I hope, the person I am today. She taught me that the simplest things in life – family, friends, faith, fun, love, and a passion for what you do – are truly the grandest gifts. My fiction is meant to honor the elders in our lives whose sacrifices and journeys helped make us who we are today. I couldn’t be prouder of my novels, which I hope reconnect you to your own family’s stories, heirlooms, histories and traditions.