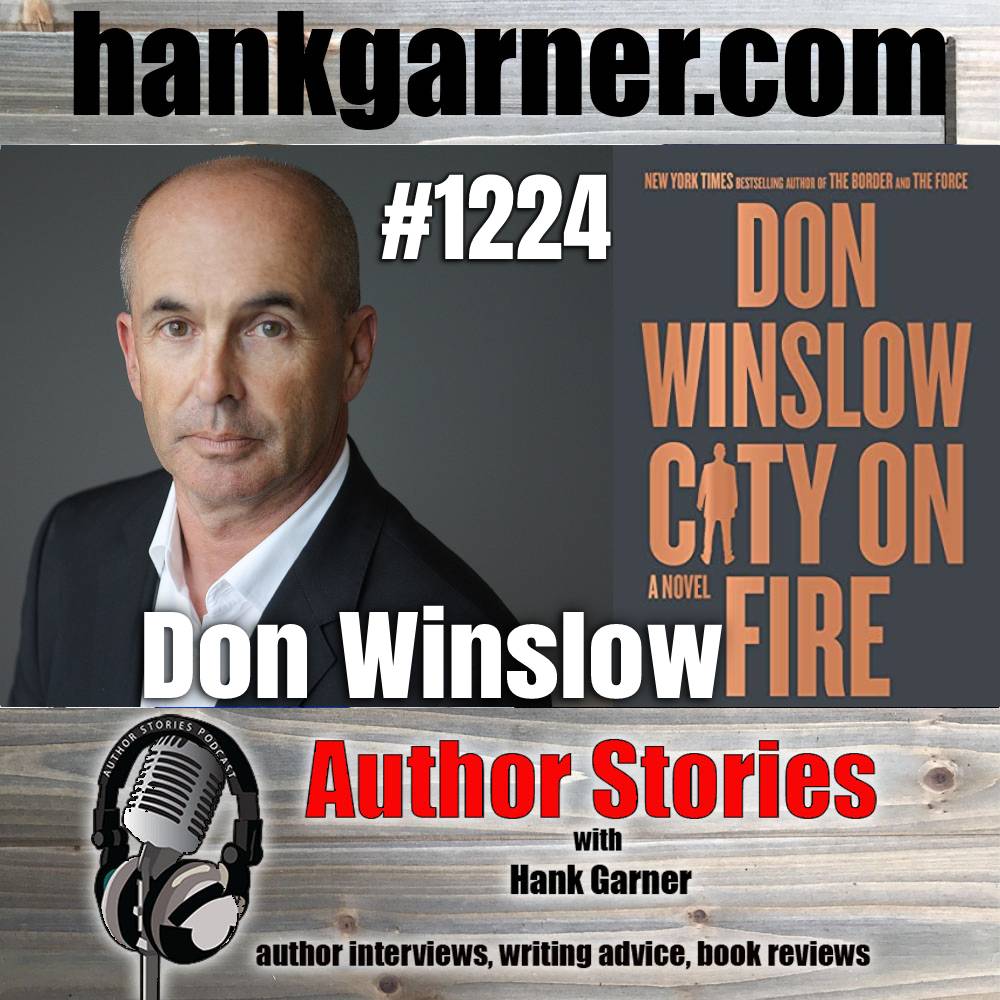 From the #1 internationally bestselling author of the Cartel Trilogy (The Power of the Dog, The Cartel, and The Border), The Force, and Broken comes the first novel in an epic new trilogy.

“Epic, ambitious, majestic, City on Fire is The Godfather for our generation.” – Adrian McKinty, New York Times bestselling author of The Chain

Two criminal empires together control all of New England.

Until a beautiful woman comes between the Irish and the Italians, launching a war that will see them kill each other, destroy an alliance, and set a city on fire.

Danny Ryan yearns for a more “legit” life and a place in the sun. But as the bloody conflict stacks body on body and brother turns against brother, Danny has to rise above himself. To save the friends he loves like family and the family he has sworn to protect, he becomes a leader, a ruthless strategist, and a master of a treacherous game in which the winners live and the losers die.

From the gritty streets of Providence to the glittering screens of Hollywood to the golden casinos of Las Vegas, two rival crime families ignite a war that will leave only one standing. The winner will forge a dynasty.

Exploring the classic themes of loyalty, betrayal, and honor, City on Fire is a contemporary masterpiece in the tradition of The Godfather, Casino, and Goodfellas—a thrilling saga from Don Winslow, “America’s greatest living crime writer” (Jon Land, Providence Journal).

New York Times bestselling author Don Winslow has written twenty-one novels, including The Border, The Force, The Kings of Cool, Savages, The Winter of Frankie Machine and the highly acclaimed epics The Power of the Dog and The Cartel.

The son of a sailor and a librarian, Winslow grew up with a love of books and storytelling in a small coastal Rhode Island town. He left at age seventeen to study journalism at the University of Nebraska, where he earned a degree in African Studies. While in college, he traveled to southern Africa, sparking a lifelong involvement with that continent.

Winslow’s travels took him to California, Idaho and Montana before he moved to New York City to become a writer, making his living as a movie theater manager and later a private investigator in Times Square – ‘before Mickey Mouse took it over’. He left to get a master’s degree in Military History and intended to go into the Foreign Service but instead joined a friend’s photographic safari firm in Kenya. He led trips there as well as hiking expeditions in southwestern China, and later directed Shakespeare productions during summers in Oxford, England.

While bouncing back and forth between Asia, Africa, Europe and America, Winslow wrote his first novel, A Cool Breeze On The Underground, which was nominated for an Edgar Award. With a wife and young son, Winslow went back to investigative work, mostly in California, where he and his family lived in hotels for almost three years as he worked cases and became a trial consultant. A film and publishing deal for his novel The Death and Life of Bobby Z allowed Winslow to be full-time writer and settle in his beloved California, the setting for many of his books. Branching into television and film, Winslow, with his friend Shane Salerno, wrote a television series, UC/Undercover, and the two collaborated on the screenplay of his novel, Savages.

His novels have attracted the attention of filmmakers and actors such as Oliver Stone, Michael Mann, Martin Scorsese, Ridley Scott, Robert DeNiro and Leonardo DiCaprio. Twentieth Century Fox has optioned his next novel about a NYPD cop as well as The Cartel and The Power of the Dog. Earlier books Savages and The Death and Life of Bobby Z were made into films, too.

In addition to his novels, Winslow has published numerous short stories in anthologies and magazines such as Esquire, the LA Times Magazine and Playboy. His columns have appeared in the Vanity Fair, Vulture, Huffington Post, CNN Online, and other outlets.

Winslow is the recipient of the Raymond Chandler Award (Italy), the LA Times Book Prize, the Ian Fleming Silver Dagger (UK), The RBA Literary Prize (Spain) and many other prestigious awards.

He lives in California with his wife of thirty-one years.