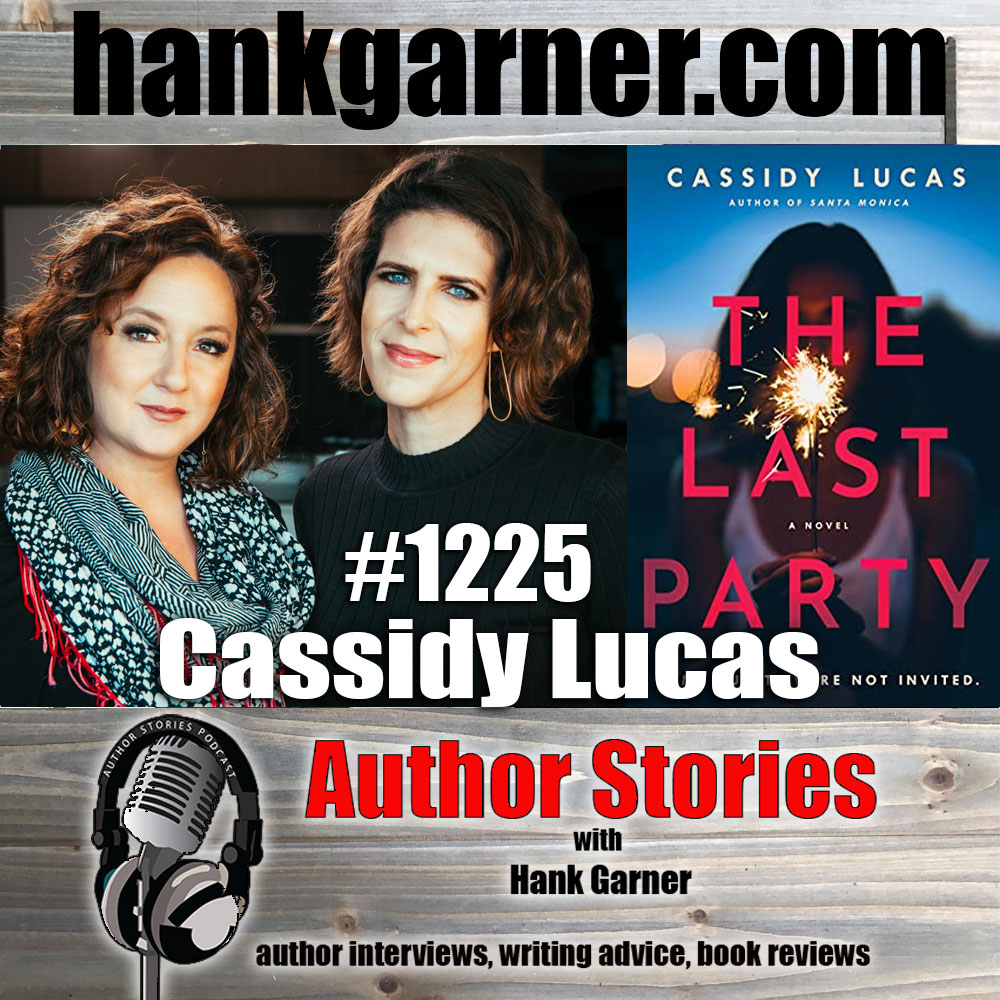 Today’s author interview guest is the writing duo of Julia Fierro and Caeli Wolfson Widger who write collectively as Cassidy Lucas to talk about their new book The Last Party.

Some guests were not invited…..

The authors of Santa Monica once again illuminate the dark truths of life in sunny California in this twisty and atmospheric psychological thriller about a 50th birthday celebration on a remote mountainside in Topanga Canyon, where things go terrifyingly wrong.

For Los Angeleno Dani Sanders, turning 50 seems like one more disappointment. Her career has stalled, her nineteen-year-old daughter with developmental issues is regressing, and Dani’s ex-husband Craig, a fertility doctor worshipped by Hollywood’s elite, is forever upending her life. Though she doesn’t feel much like celebrating, she can’t say no when her best friend Mia Markle, a flamboyant and strong-willed actress, insists on planning a “creative” birthday weekend in the wild, wealthy bohemian enclave of Topanga Canyon.

On the weekend of the Summer Solstice, Dani and her six closest friends gather in the hills above the canyon at “Celestial Ranch,” 18-acres of rugged, wooded mountainside where they’ll spend three glorious days hiking, practicing meditation and reiki, and enjoying lavish catered cuisine. They will also indulge in a little DMT, a short-acting psychedelic drug meant to open their senses and transport them to a higher plain. But as the weekend unfolds, long-buried tensions, unresolved grievances, and old secrets emerge, leaving Dani desperate for clarity about her life.

Dani and her friends take the drug late at night on an open hillside beneath the glittering stars. When Dani returns from her intense and revelatory “trip,” she learns that one of her friends has gone missing. Then another disappears. And soon, Dani finds herself alone on the dark mountainside, seemingly abandoned by the people who are supposed to love her most.

Or have they somehow been taken from her?

What could Dani have possibly done to deserve a devastating birthday night like this—and how will she make it to the morning alone?

Cassidy Lucas is the pen name of writing duo Julia Fierro and Caeli Wolfson Widger. Fierro is the author of the novels Cutting Teeth, praised by the New Yorker as a “comically energetic début,” and The Gypsy Moth Summer, called “hugely engaging” by Francine Prose. Widger is the author of the novels Real Happy Family and Mother of Invention, praised by Margaret Atwood as a “pacey thriller,” and was featured on NPR’s Marketplace. Both Fierro and Widger live in Santa Monica with their families. Their second novel, The Last Party, set in Topanga Canyon on the westside of Los Angeles, will be published in April 2022. Santa Monica, their first book together, was published in 2020.