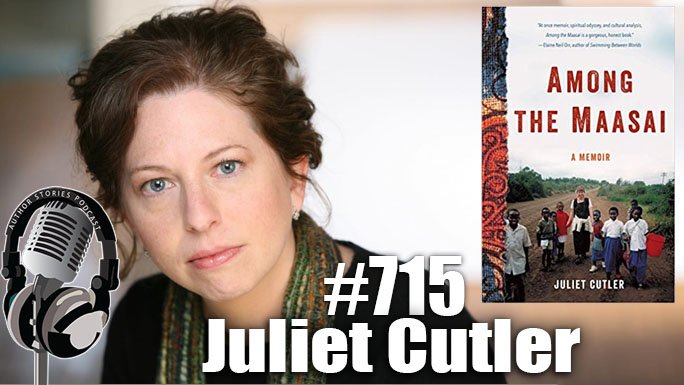 Today’s author interview guest is Juliet Cutler, author of Among the Maasai: A Memoir.

In 1999, Juliet Cutler leaves the United States to teach at the first school for Maasai girls in East Africa. Captivated by the stories of young Maasai women determined to get an education in the midst of a culture caught between the past and the future, she seeks to empower and support her students as they struggle to define their own fates.

Cutler soon learns that behind their shy smiles and timid facades, her Maasai students are much stronger than they appear. For them, adolescence requires navigating a risky world of forced marriages, rape, and genital cutting, all in the midst of a culture grappling with globalization. In the face of these challenges, these young women believe education offers hope, and so, against all odds, they set off alone―traveling hundreds of miles and even forsaking their families―simply to go to school.

Twenty years of involvement with this school and its students reveal to Cutler the important impacts of education across time, as well as the challenges inherent in tackling issues of human rights and extreme poverty across vastly different cultures. Working alongside local educators, Cutler emerges transformed by the community she finds in Tanzania and by witnessing the life-changing impact of education on her students.

Proceeds from the sale of this book support education for at-risk Maasai girls.

Juliet Cutler is a writer, an educator, and an activist. Her teaching career began in Tanzania in 1999, and since that time, she has been an advocate for empowering at-risk girls through education.

“Among the Maasai” is Juliet’s first book, though her literary and professional publications number more than two dozen. She has taught writing in many settings including as adjunct faculty for the College of St. Scholastica in Minnesota. She holds an MA in English from Colorado State University and a BS in education from the University of North Dakota.

Juliet currently lives with her husband, Mark, in a community near Atlanta. When she’s not writing, Juliet consults as an education and exhibition specialist for museums, parks, and cultural centers throughout the world.

She regularly returns to Tanzania and remains a supporter of causes that uplift Maasai women and girls.