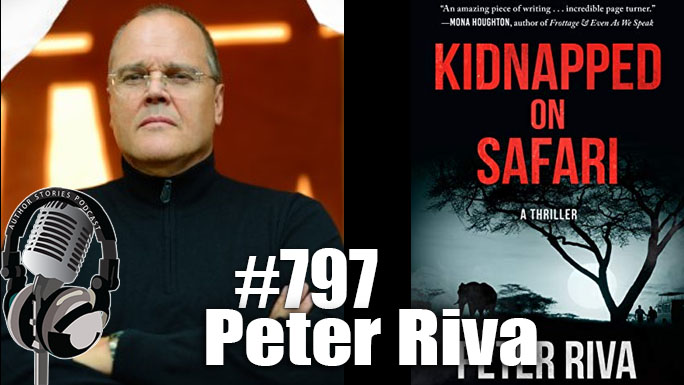 The wildlife safari team treks through East Africa on a rescue mission that pits them against Boko Haram in a thriller that will “chain you to your seat” (Bob van Laerhoven, author of Baudelaire’s Revenge).

Expert safari guide Mbuno and wildlife television producer Pero Baltazar are filming on Lake Rudolf in Northern Kenya when they receive the news: Mbuno’s son, himself an expert guide, has been kidnapped while on safari in Tanzania. Tracing the kidnappers back to an illegal logging operation, Mbuno and Pero uncover a vast criminal network run by the Nigerian terrorist organization Boko Haram.

Relying on Mbuno’s legendary bush skills, the pair face dangers both inside and outside the terrorist camp. But kidnapping and deforestation are only the beginning of this group’s sinister aspirations. When Mbuno and Pero discover just how powerful and far-reaching the network is, they realize that rescuing Mbuno’s son could put the entire region at risk.

The third Mbuno & Pero thriller, Kidnapped on Safari is an “incredible page turner” ripped from today’s headlines (Mona Houghton, author of Frottage & Even As We Speak).

About Peter Riva
“If you’re in the mood for a sci-fi tale or thriller series to add to your summer reading pile, Peter Riva has got you covered. — Riva now lives in New Mexico, writes a regular weekly column for us that discusses every topic imaginable. — Riva’s impressive career has provided him with plenty of inspiration for his novels, which he writes as a form of relaxation.” — The Lakeville Journal and The Millerton News

I was a pure math major at college but later went to UCLA Film School and then to the BBC as an Apprentice. I was the creator and producer of over 78 hours of primetime wildlife television, spent a ton of time in East Africa and parts of North and Central Africa, co-founded a film history museum, and was the program manager for the first global circum-navigation atmospheric flight (Voyager; 1986). I have worked for more than thirty years with the leaders in aerospace and space exploration as well as environmental causes with the UN, USA and USSR. I also helped manage and create several international historic events (the memorabilia of which are on permanent display in national institutions in America, Germany, and France as well as touring internationally). Born and raised in New York City, London, and Switzerland, I moved some years ago and love where I live now best of all: Gila, New Mexico.