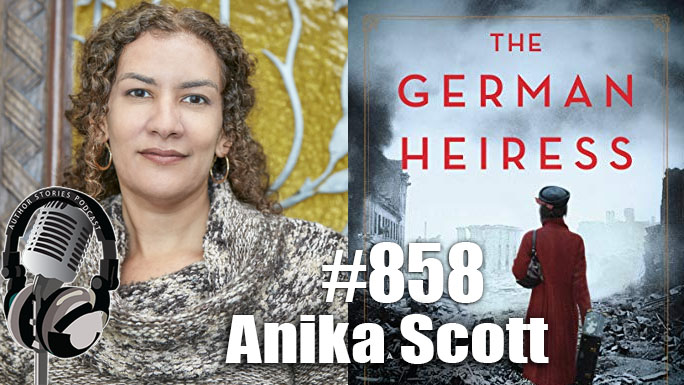 “Meticulously researched and plotted like a noir thriller, The German Heiress tells a different story of WWII— of characters grappling with their own guilt and driven by the question of what they could have done to change the past.” —Jessica Shattuck, New York Times bestselling author of The Women in the Castle

For readers of The Alice Network and The Lost Girls of Paris, an immersive, heart-pounding debut about a German heiress on the run in post-World War II Germany.

Clara Falkenberg, once Germany’s most eligible and lauded heiress, earned the nickname “the Iron Fräulein” during World War II for her role operating her family’s ironworks empire. It’s been nearly two years since the war ended and she’s left with nothing but a false identification card and a series of burning questions about her family’s past. With nowhere else to run to, she decides to return home and take refuge with her dear friend, Elisa.

Narrowly escaping a near-disastrous interrogation by a British officer who’s hell-bent on arresting her for war crimes, she arrives home to discover the city in ruins, and Elisa missing. As Clara begins tracking down Elisa, she encounters Jakob, a charismatic young man working on the black market, who, for his own reasons, is also searching for Elisa. Clara and Jakob soon discover how they might help each other—if only they can stay ahead of the officer determined to make Clara answer for her actions during the war.

Propulsive, meticulously researched, and action-fueled, The German Heiress is a mesmerizing page-turner that questions the meaning of justice and morality, deftly shining the spotlight on the often-overlooked perspective of Germans who were caught in the crossfire of the Nazi regime and had nowhere to turn.

Anika Scott grew up outside Detroit, Michigan and has a BA in International Relations from Michigan State University and an MS in Journalism from Columbia University in New York. She worked for the Philadelphia Inquirer and the Chicago Tribune before moving to Germany in 2001. Since then she has freelanced for US and European media including Deutschlandfunk, and taught journalism at the Technical University in Chemnitz. She now lives in Essen with her husband and two daughters.

On a personal note, writing is one of the things I love the most in this world. I am so grateful and privileged that readers are finally getting a glimpse into my dreams and daydreams. I write about the things I care about most: the secret parts of ourselves, our place in the big bad (or good?) world, the strength and troubles of family, children scarred by the world of adults, the lessons history can teach us.

The biggest thing I hope for my readers: Be entertained, definitely! But I also hope my stories inspire you to think even more about your place in this complex world, and the power you have to act in it for the good.

Oh, and if you want to discover more about Germany in the years of allied occupation just after WWII, check out my history blog Postwar Germany. I began building this resource as I researched and wrote Finding Clara / The German Heiress. It’s a fascinating and often overlooked period, so check out the blog for articles, books, photos, videos and more.