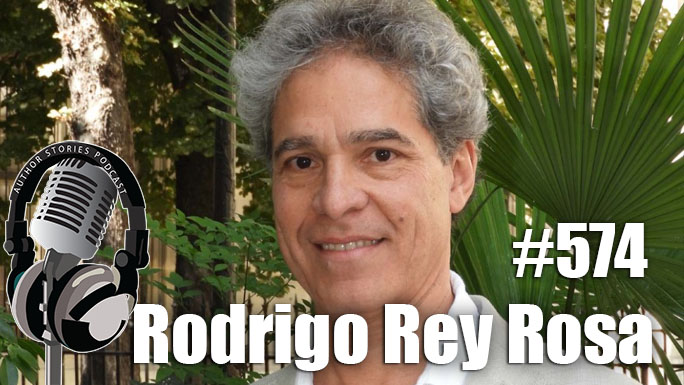 My guest today is Rodrigo Rey Rosa, author of Chaos,  A Fable.

A breathtaking novella about faith and anarchy by the acclaimed and prizewinning Latin American writer Rodrigo Rey Rosa.

Mexican author Rubirosa is attending a book fair in Tangier when he reconnects with an old acquaintance, a Moroccan artist who asks one favor of his visiting friend: to access the puzzling files on a memory card. It could help fulfill the destiny of his son Abdelkrim. It could also unwittingly draw both men into irreversible events already in motion on distant shores.

In America, Abdelkrim, a brilliant aspiring astronaut deemed “too Muslim” for citizenship, has teamed up with an equally gifted young prodigy, a witness to the plight of Syrian refugees. Together, the foreign students share a vision of altering the world’s geopolitical landscape to end human suffering with a nearly inconceivable blueprint. And they can turn theory to reality. They can bring about change. But only through a technological apocalypse can there be redemption—by unleashing total chaos.

A provocative morality tale that moves with the visceral rhythms of a high-tech thriller, Chaos, A Fable is a spare and stunning triumph from one of the most celebrated Latin American authors of his generation.

Rodrigo Rey Rosa was born in Guatemala in 1958. He emigrated to New York in 1980, and in 1982 he moved to Morocco. American expatriate writer Paul Bowles, with whom Rey Rosa had been corresponding, translated his first three books into English. Rey Rosa has based many of his writings and stories on legends and myths that are indigenous to Latin America and North Africa. Out of all of his many works, seven have been translated into English: The Beggar’s Knife, Dust on her Tongue, The Pelcari Project, The Good Cripple, The African Shore,Severina, and now, Chaos, A Fable. In 2004, Rey Rosa was awarded the Miguel Ángel Asturias National Prize in Literature, from Guatemala, and in 2015 the Ibero-American José Donoso Prize. He lives in Guatemala City.